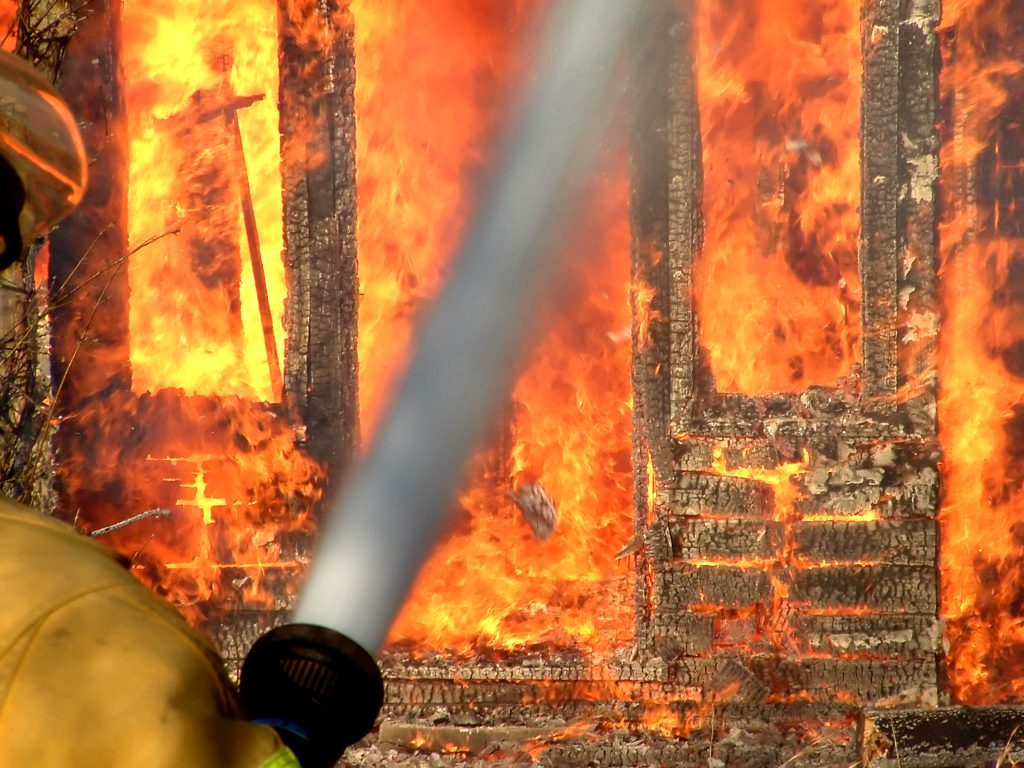 A fire at a building you own cannot only damage your property but others as well.  So what happens when a fire starts at your property and then quickly spreads to others, are you liable for their losses as well? The following case demonstrates what happens in court when a piece of real estate catches fire, causing damage to a neighboring property.

The New Orleans Fire Department was called on January 7, 2011, to suppress a fire at property owned by the Fellowship Missionary Baptist Church (“the Church”). The property encompassed the church building located at 2101 Prytania Street and a residential house located at 2113 Prytania Street. The Church had not conducted worship services on the property since the church was damaged in 2005 by Hurricane Katrina. The fire was investigated by the New Orleans Fire Department, the State Fire Marshall’s Office, and the Bureau of Alcohol, Tobacco, and Firearms. All of the agencies agreed that the cause or the origin of the fire could not be determined conclusively.

Show and Tell of New Orleans, L.L.C. sustained water and fire damages to their nearby properties, along with the owners of the Magnolia Mansion. Those parties filed lawsuits essentially claiming that the Church was negligent for its alleged inattentiveness in maintaining its property in a safe and secure manner.  Further, the Plaintiffs alleged negligence in the Church’s failure to adequately secure the church to prevent vagrants, who the Plaintiffs claimed caused the fire, from habitually entering and inhabiting the church. The Plaintiffs also contended that the building was in a state of disrepair, that the property was a public nuisance, and that it had been cited as blighted property by the City of New Orleans in September and November of 2009.  All of these problems in the Plaintiffs eyes lead to the Church being liable for the damages they sustained from the fire.

The claim that the Church building was defective in allowing vagrants to enter was substantiated by the testimony of two individuals who said they saw vagrants/homeless persons outside of the church property. One of those witnesses even stated that they saw evidence that vagrants were inside of the church. To further bolster there claims of negligence by the Church the Plaintiffs presented an expert who testified that the church’s wooden pews and a hole in the roof created a fire hazard.

The Church countered the Plaintiffs arguments by showing testimony that the church was totally secured and that there were no problems with unauthorized entries for about six months to a year before the fire. The Church also brought forward expert testimony rebutting claims that the wooden pews or the overall structural condition of the church prior to the fire posed a fire hazard that created or contributed to the cause of the fire.

A jury trial occurred and after deliberations the jury decided that the Church was not responsible for the Plaintiffs losses.  An appeal to the Louisiana Fourth Circuit Court of Appeals followed that decision.  The appeals court reviewed the decision of the jury as to whether or not the their conclusion was reasonable based on the facts set before them. After reviewing the trial court’s record the Appeals Court did not believe it was necessary to overturn the jury decision that the church did not have a defect that created an unreasonable risk of harm. “[W]here two permissible views of the evidence exist, the factfinder’s choice between them cannot be manifestly erroneous or clearly wrong.” Stobart v. State through Dept. of Transp. & Dev., 617 So.2d 880, 882-83 (La. 1993).

The appeals court then moved on to the Plaintiffs arguments concerning faulty jury instructions.  In doing so the court discussed the concept of Res Ipsa loquitur, latin for “the thing speaks for itself.” Res ipsa loquitur requires that the circumstantial evidence conclusively points to the defendant’s negligence, meaning that the circumstantial evidence would have to be strong enough to show that it would not have happened without the defendant’s negligence. The court found that possible origins of the fire-such as the dumpster- and other causes such as arson, are too numerous to apply the doctrine of res ipsa loquitur in this instance.  Therefore the appeals court held the trial court did not commit error in not including a jury instruction about this concept.

Ultimately none of the arguments put forth by the Plaintiffs were successful in the appeals court.  The Plaintiffs were stuck with the fire losses and a loss in court.  Hopefully they had insurance on their property to help mitigate some of their losses.  So while the facts of this case did not demonstrate any negligence on the part of the building owner where the fire started that is not always the case.  An experienced lawyer can help evaluate your facts in a determination of who may be at fault if your unlucky enough to be caught in this situation.