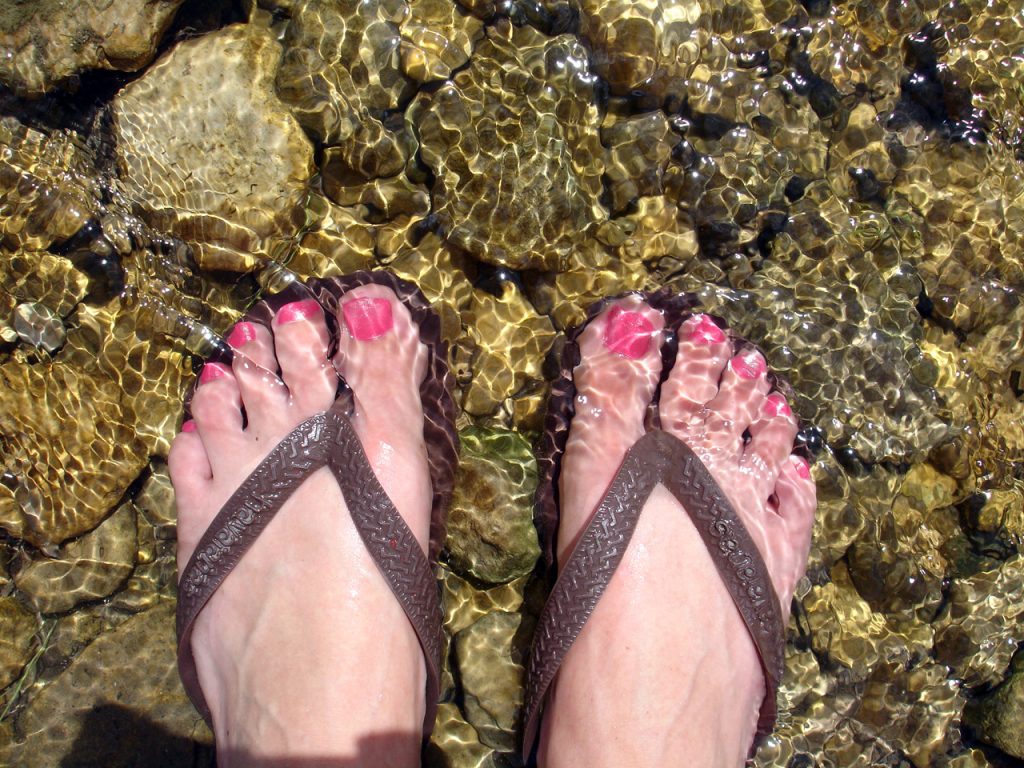 Evidence in a trial can take almost any shape or form.  For murder trials, people think of weapons.  For fraud cases, perhaps incriminating documents comes to mind.  For a personal injury case, the options are almost limitless yet likely “flip flop” is not the first image that pops up; especially in a maritime case.  Yet in this case, Garrard Myers makes quite the fuss over the state of his sandals.

Mr. Myers was working aboard Hercules Offshore Services, L.L.C.’s (“Hercules”) drilling rig in 2013 when he injured his left ankle coming out of the shower.  Mr. Myers subsequently filed a lawsuit against Hercules pursuant under the Jones Act and general maritime law.  See 46 U.S.C. § 30104 et. seq.  Mr. Myers alleged that Hercules’ drilling rig was unseaworthy and that Hercules was negligent in failing to provide handrails or slip-resistant surfaces in the vessel’s showers.

At trial, conflicting facts were presented on the cause of Mr. Myers injury.  Mr. Myers stated that he simply slipped on the shower floor.  Hercules representative Randall O’Brien testified however that Mr. Myers stated his flip flop broke and then he fell in the shower.  Mr. O’Brien also testified that an incident report stated that Mr. Myer’s shoe broke and Mr. Myers signed this report.  Moreover, Mr. Myers admits to signing the report yet denies having read the portion of the report about his broken flip flop.  Mr. Myers at trial denied that his flip-flop was ever broken or that he communicated about his flip flops to anyone.  Mr. Myers even brought the supposed shower shoes to trial to show they were intact.

This case and the appeal centers on evidence, it’s weight, and the judge’s ability to make a judgment based on the evidence presented at trial.  The United States District Court for the Eastern District of Louisiana’s decision would only be set aside if it was clearly erroneous.  See Bertucci Contracting Corp. v. M/V ANTERPEN, 465 F.3d 254 (5th Cir. 2006).  This very high standard exists because the District Court judge conducting the trial is presumed to possess the best position for weighing the evidence because that judge heard the original testimony along with the best opportunity to examine physical evidence.

In short, My. Myers came to trial with very little evidence in his favor.  He came with his own biased testimony and flip flops.  When compared with conflicting testimony and reports as well as the physical location of the Hercules’ rig, the Fifth Circuit could only affirm Mr. Myers’ loss at trial.  Good admiralty and maritime injury lawyers know that solid and substantial evidence in a trial is everything and will advise their clients on the importance of presenting more than just a pair of questionable shoes.