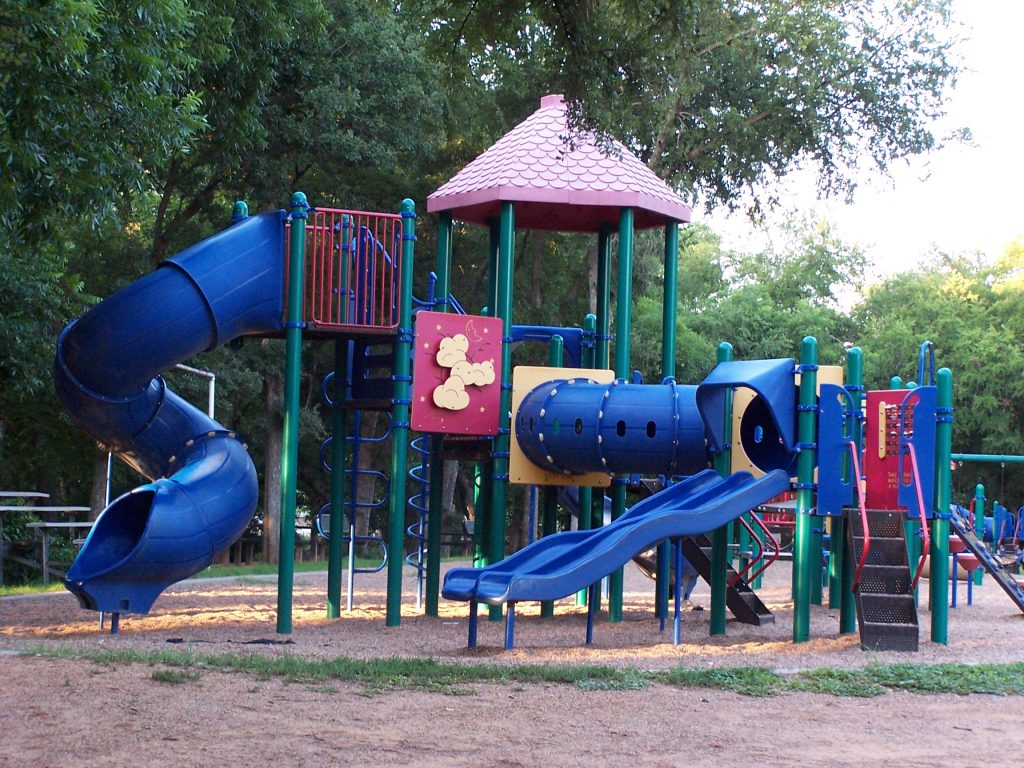 Playgrounds bring great joy to young children.  Countless hours are spent sliding down slides, swinging on swings and traversing monkey bars throughout the state of Louisiana.  While it might come as news to some, playground equipment has certain set standards for what age range is appropriate to play on the equipment.  In a recent case involving a Baptist Church Aftercare program in Jefferson Parish these standards were discussed when unfortunately a young girl broke her arm while playing on their playground.

In September 2010, a 19-month old girl fell and broke her arm playing on a playset while in an aftercare program at Riverside Baptist Church. The playset was only meant for children 5 years old or older.  The parents of that child felt that Riverside failed in providing age appropriate equipment and therefore sued Riverside for damages in a negligence claim.

Personal injury can arise in many different scenarios, ranging from automobile accidents to medical malpractice cases. A common occurrence in these claims include the theory of negligence. The legal foundation for a negligence (failure to use reasonable care) theory in Louisiana involves five elements: (1) the defendant (the party being sued) had a duty to exercise reasonable standard of care; (2) the defendant failed to exercise this duty; (3) because the defendant’s lack of exercising this duty properly caused the injury; (4) the defendant’s ‘substandard’ care was within the scope of liability (i.e. even if the cause, were they legally liable for the cause); (5) did actual damages (injury or economic loss) occur. La. C.C. art. 2315.

All of these elements must be proven by the plaintiff (the one who filed the lawsuit) by a preponderance of the evidence, meaning the plaintiff must prove that the defendant is more likely than not to have been negligent (e.g. 51% chance the defendant was at fault).

On September 23, 2013, the trial court (the first court that the parties litigate in) entered a judgment that the child’s parents had successfully established all five elements for a negligence claim. Riverside was wholly at fault. Because of this fault, the jury awarded the little girl and family damages consisting of special damages of $47,000 for past medical expenses for previous surgeries and $60,000 in future medical expenses. There were no general damages received in the original judgment.

If a plaintiff is able to prove all of the negligence elements to a jury or trier-of-fact (the jury or judge who determines that a fact did exist), the plaintiff can receive damages (monetary compensation). There are two types of damages: SPECIAL damages and GENERAL damages. SPECIAL damages include all purely monetary compensation, such as any past of future medical expenses incurred by the plaintiff because of the injury they sustained. For example, if someone was hit by a car and broke their foot, they might be able to receive money for the surgery they had to get to fix their foot before the lawsuit and receive money for a necessary surgery to further fix their foot after the lawsuit would end. GENERAL damages on the other hand, includes receiving money for aspects of life that aren’t just about numbers on receipts. One types of GENERAL damages include money for pain and suffering. For example, a court may give a plaintiff money because the physical and mental anguish they undergo because of their injury is compensable as well and they in turn receive money to make up for this anguish and suffering.

In this case the 19 month old child was not awarded any general damages until her counsel asked for a JNOV (judgment not withstanding the verdict.) A JNOV is a process in which the plaintiff may ask for a court to rule in their favor in regarding liability or damages because the evidence so clearly goes in their favor that reasonable jury could not conclude otherwise. One way in which a JNOV is used by a party is to ask for an additur in damages (more simply, asking for more money damages.) The trial court agreed with this and gave the plaintiffs a combined $225,000 in general damages for past pain and suffering, future pain and suffering, and for disfigurement and scarring.

Sometimes, the plaintiff or the defendant feels like the court got it wrong, either because they disagree with who the jury found to be at fault or how much damages the jury awarded the suing party, or that the jury used an inappropriate procedure while deciding fault or damages. In such a case, the disagreeing party or parties will file an appeal alleging these errors.  The defendant Riverside in this case did appeal alleging various mistakes by the trial court.

On appeal, the Louisiana 5th Circuit Court of Appeals looked at whether the trial court erred in giving all of the fault to Riverside, erred in granting the JNOV to the plaintiffs, and whether the damages that resulted were too low or too high.

When an appellate court reviews a trial court’s judgment, they can only overturn it if they find the judgment to have ‘manifest error or unless it is clearly wrong.’ Blair v. Tynes, 621 So.2d 591, 601 (La. 1993). This is called a standard of review. By using this review, the appellate court in this case found that the trial court was not ‘manifestly wrong’ when they decided Riverside was totally at fault for the child’s injury. The trial court got the liability (who is at fault) part right.

Similarly, an appellate court will review whether the trial court was correct in granting a JNOV by firstly determining whether the criteria existed to grant a JNOV (facts overwhelming in the party’s favor) and secondly, by reviewing it in the same ‘manifest error’ standard of review. Davis v. Fenerty, 892 So.2d 55, 58. The appellate court in this case used this review and determined that the JNOV was proper and not manifestly wrong. Part of their reasoning was that the original judgment of the trial court which did not give the child any general damages was wrong because there was evidence in the record that the child did suffer from the the type of anguish that is compensable by general damages. A JNOV was acceptable and appropriate because of this.

The appellate court came up with a different number partly because the trial court jury used an erroneous method of determining damages (they used a minimum recovery rule where they would only give the minimum amount of compensable money possible, instead of the appropriate ‘de novo’ process like the appellate court).

In the end, the injured child in this case was “made whole again” when the appellate court found in their ‘de novo’ assessment that the child should actually be awarded $325,000 for general damages as compared to the $225,000 originally given to her by the trial court jury.