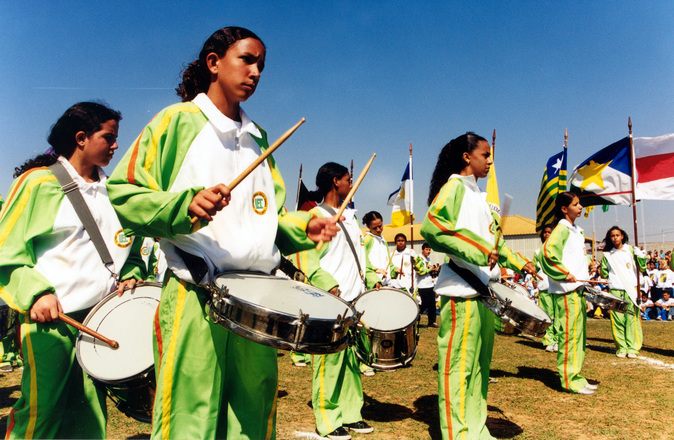 If you are fortunate enough not to sustain serious injury as a result of someone else’s negligent actions, you may not realize that the compensation for your injuries can be apportioned and spread to other liable parties. Further still, if you were partially responsible for causing your own injury, you will likely see a reduction in the amount of damages you can recover. This was the case for a Ponchatoula High School band student who was injured while on a school-sponsored band trip in Tennessee.

In May 2006, Kent Kinchen, while on a band trip to the Smokey Mountain Music Festival in Gatlinburg, Tennessee, sustained an eye injury after a game involving Airsoft novelty guns, purchased at a tourist shop earlier that day with his fellow classmates. A year later, Kent and his father Barry Kinchen, filed a lawsuit seeking damages against the Tangipahoa Parish School Board for the incident.

The trial court found the School Board partially liable for the injury because “allowing the students the opportunity to purchase various weapons while on the school sponsored trip created an atmosphere that did not provide all students with reasonable supervision…” The trial court awarded the Kinchens $20,000 in “general damages”, which cover mental or physical pain or suffering, inconvenience, loss of gratification or intellectual or physical enjoyment, or other losses of lifestyle that cannot be definitively measured, $14,329.34 in “special damages”, which are damages that can be more readily measured, like medical costs or loss of wages, and awarded Mr. Kinchen $1,000 for related claim of loss of consortium, which refers to the loss of love and affection, companionship, loss of material services, support, etc. The school board, appealed the finding of liability, and the Kinchens appealed the amount of damages, arguing that the amount was “abusively low.”

The State of Louisiana Court of Appeal for the First Circuit first addressed the School Board’s argument that they should not have been found liable for the injury. The appeals court found that the school had a duty to provide reasonable, competent supervision appropriate to the age of the children and the circumstances.   See La. C.C. art. 2320 and Doe v. East Baton Rouge Parish School Board 06-1966, p. 6 (La. App. 1st Cir. 12/21/07), 978 So. 2d 426, 433. To establish a claim against the school board for failure to adequately supervise the safety of students, the plaintiff, in this case, the Kinchens, must show that: (1) the school board was negligent in supervising the students, (2) that there was a causal link between the lack of supervision and the accident, and (3) that the risk of an unreasonable injury was either foreseeable, or known, and was preventable with the proper degree of supervision.

Theodore Forest, the band director at Ponchatoula High School, testified that, based on prior band trip experiences, the students had a tendency to purchase weapons. In response, Mr. Forest established a rule that whenever a student made such a purchase, they were to turn the weapon into him or another chaperone. The appeals court found that because the school had knowledge of students buying weapons and allowed them to do so, made it reasonably foreseeable that students would desire such items and further more, would desire to keep them rather than turn them in to a chaperone per the rule. There was competing testimony regarding the level of supervision and oversight of the students to ensure they complied with the rule. The appeals court held that the trial court did not commit a error by finding that the School Board was liable for the injury. The testimony and evidence given could reasonably lead a fact-finder to find liability on the School Board’s part.

The appeals court did find that the fault for the injury should not have fallen solely on the shoulders of the School Board, as the trial court held. The trial court held that the School Board was liable “in part” but ordered that they pay all of the damages award. The appeals court, having affirmed that the School Board was partially liable, found that, given the relevant law and the facts of the case, Kent and the other student involved in the incident should also be allocated some portion of the fault for the injuries sustained. In considering the various factors that influence the degree of fault assigned, a court will look at the following factors: (1) whether the conduct resulted from inadvertence or involved an awareness of the danger, (2) how great a risk was created by the conduct, (3) the significance of what was sought by the conduct, (4) the capacities of the actor, whether superior or inferior, and (5) any extenuating circumstances which might require the actor to proceed in haste, without proper thought.

The appeals court found that the School Board was 60% at fault, because they allowed weapons to be purchased and failed to enforce its rule requiring weapons to be turned in, and allocated 30% of the fault to the student who shot Kent in the eye during the Airsoft game, and Kent 10%, because both student’s actions were deliberate, willful, and done in complete violation of the rules with full knowledge of the danger presented by their horseplay.

Accordingly, the appeals court held the School Board liable for $12,000 in general damages, $8,597.60 in special damages, and $600 for Barry Kinchen’s loss of consortium claim.

Additional Sources: KENT J. KINCHEN AND BARRY J. KINCHEN VERSUS TROY AND NANCY MILLER AND THE TANGIPAHOA PARISH SCHOOL BOARD

Additional Berniard Law Firm Articles on allocation of fault: Complex Nature of the Allocation of Fault in Negligence Cases