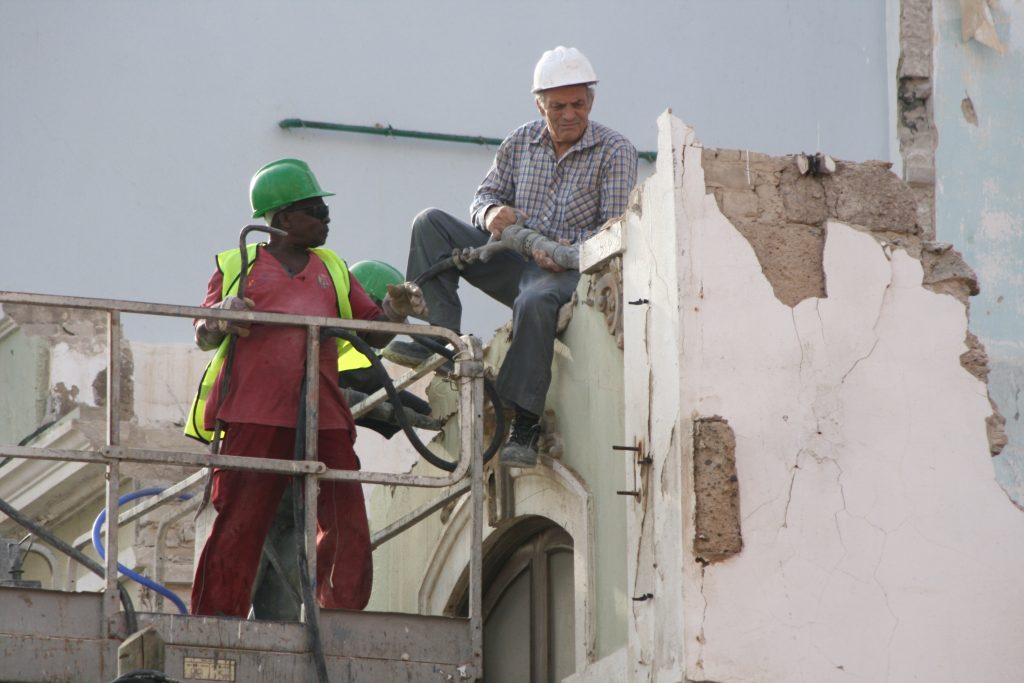 Worker’s compensation protects workers from unexpected accidents by providing for their medical care and lost wages if ever they suffer an incapacitating accident. And in most instances, a worker’s compensation claim will cover any subsequent accidents which arise from the work-related injury. But when the link between a new accident and the original work-related one is too far removed, an injured worker may have difficulty advancing his claim. For example, can you file a workers compensation claim for an at-home accident?

On July 21, 2014, Raymond Namias was alone when he suffered an injury on the job. The engine upon which he was working slid backward, smashing his right hand. Namias claimed the accident caused additional damage to his right wrist, shoulder, and back. About a month later, on August 31, Namias fell down his stairs in his home. Namias claimed the two accidents were connected, asserting back pain from the job site injury caused numbness in his leg, and that the numbness caused the fall. He filed a worker’s compensation claim for the injuries sustained in both incidents.

Namias’ employer, Sunbelt Innovative Plastics (“Sunbelt”), disputed the extent of his injuries. Additionally, Sunbelt disputed the fact that Namias’ work-related injuries caused his August 31 fall at home. Sunbelt asserted that Namias was not entitled to workers’ compensation for either incident. The matter went to trial before a Worker’s Compensation Judge (“WCJ”).

At trial, the WCJ ruled for Namias, finding that a work-related accident had indeed occurred on July 21, 2014, and Namias’ August 31 fall was a foreseeable consequence of that accident. Further, the WCJ held Namias had met the burden of proof that he was entitled to temporary total disability (“TTD”) under La. R.S. 23:1221(1)(c), and that he was entitled to recovery of medical expenses. Lastly, the WCJ ordered the defendant to pay for Namias’ upcoming ankle surgery. Sunbelt filed an appeal.

The Louisiana First Circuit Court of Appeal heard the case. When an appellate court reviews the factual findings of a lower court, it uses a standard known as “manifest error,” or “clearly wrong.” There is a two-part test for appellate review of facts. Does the record show a reasonable factual basis for the trial court’s finding? Does the record also establish that the finding is not manifestly erroneous? See Mart v. Hill, 505 So. 2d 1120, 1127 (La. 1987).

The Court of Appeal explained that the Worker’s Compensation Act requires the plaintiff to prove that the accident was work-related and that the injury and disability also stem from that accident. See Hirstius v. Tropicare Services, LLC, 80 So. 3d 1215, 1216 (La. Ct. App. 2011). A worker’s testimony alone may be sufficient to satisfy his burden of proof, as long as two elements are met: no other evidence discredits the worker’s account of the accident, and the worker’s testimony is corroborated by events after the accident.

The Court of Appeal upheld the WCJ’s ruling that Namias had sufficiently established that he injured his hand in a work-related accident, even though there were no witnesses. Also, it agreed that the shoulder and back pain Namias suffered was related to the hand injury. However, it did not agree with the WCJ’s determination that the August 31 fall was causally related and vacated that portion of the judgment. Consequently, the Court also rescinded the award of TTD related to the second accident, leaving only the initial award of four weeks.

Namias lost weeks’ worth of TTD as a result of the Court of Appeal’s ruling. His case was strong enough to convince the WCJ but seemed to falter on appeal. When you are in the midst of a worker’s compensation dispute, you need an excellent attorney who will help you construct a case that will withstand an appeal and get you the compensation you need.