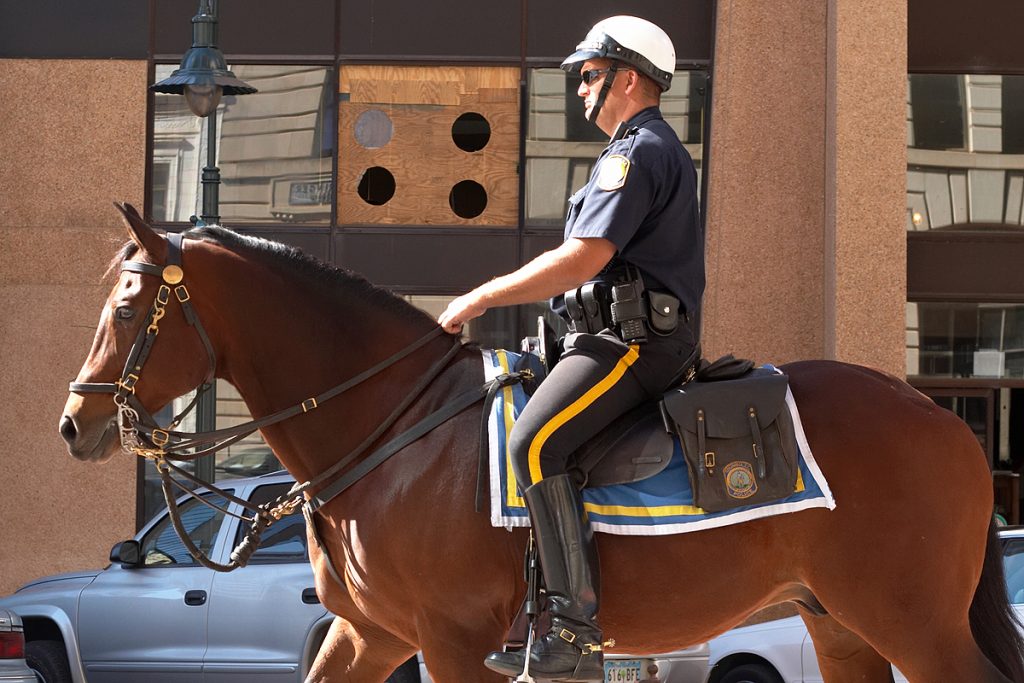 In Louisiana, employers are considered to be vicariously liable for the wrongdoings of their employees. La. C.C. art. 2320. This means that an employer is held liable for damages that their employee may cause while performing designated job duties. In a recent case, the Louisiana First Circuit Court of Appeal discussed whether vicarious liability could apply to hold the City of Baton Rouge responsible for injuries caused by the wrongful conduct of one of its police officers.

On March 4, 2007 Officers Nicholas Batiste and Nathan Davis were dispatched to the home of Brian Townsend in Baton Rouge, Louisiana due to a noise complaint. Mr. Townsend, who was hosting a house party at his Highland Road residence, was instructed by Officer Davis and Officer Batiste to shut the party down. Though the parties disputed what transpired after the officers asked that the party be shut down, it was undisputed that Officer Davis tackled Mr. Townsend from behind. Officer Davis landed on Mr. Townsend with such force that Mr. Townsend involuntarily defecated on himself.

Once Mr. Townsend was brought to the police station, he was made to sit on the floor due to his condition. As he was sitting on the floor, he continually asked to use the restroom. His requests were denied. He was then pepper sprayed multiple times and kicked in the groin by Officer Davis. Additionally, Mr. Townsend was dragged across concrete and gravel as he was being moved for processing. Mr. Townsend was brought to the hospital for his cuts from being dragged. There, it was discovered that Mr. Townsend’s bladder was ruptured. Mr. Townsend underwent surgery to repair his bladder. Following Mr. Townsend’s release from the hospital, he returned due to a urinary tract infection, deep vein thrombosis, a non-functioning bowel, and pneumonia.

Mr. Townsend filed a lawsuit against Officer Davis and the City of Baton Rouge, claiming that his rights were violated under the Louisiana and U.S. Constitutions, and that he was entitled to receive general damages, specific compensatory damages, and punitive damages under the federal Civil Rights Act. General damages are damages which may not be fixed with financial certainty. These damages include, for example, medical or physical pain or suffering, inconvenience, the loss of intellectual gratification, or physical enjoyment. See Saucier v. Players Lake Charles, L.L.C., 751 So.2d 312 (La. Ct. App. 1999).  Specific damages can be itemized and calculated with financial certainty. Specific damages would include medical bills or lost wages. Distinguishable from both specific and general damages are punitive damages. Punitive damages are intended to punish the wrongdoer.

La. C.C.P. art. 1811 governs motions for JNOV. Though this article contains no clear criteria for determining whether a JNOV is warranted, the Louisiana Supreme Court has set forth the following standard: whether the facts and inferences overwhelmingly point in favor of one part such that no reasonable juror could arrive at a contrary verdict. In reviewing a trial court’s grant of JNOV, the court of appeal will apply the same criteria as the trial court.

The City of Baton Rouge appealed, claiming that Officer Davis was not acting within the scope of employment and that the damages awarded to Mr. Townsend were excessive.

Absent manifest error, a court of appeal cannot set aside a trial court’s or jury’s findings of facts. When a court of appeal reviews a case, its job is not to determine whether the finder of fact was right or wrong in its conclusions, but rather, whether the fact finder’s conclusions were reasonable.  The court of appeal’s own evaluations and inferences drawn from the trial record are irrelevant here. Reasonable findings of fact should not be overturned even when there is conflicting testimony in the trial record.

In the instant case, the Court of Appeal decided that Officer Davis was in fact acting within the course and scope of his employment duties. The Court of Appeal relied in part on La. C.C.P. art. 2320, which states in part that employers are liable for the damages caused by their employees in the exercise of their functions in which they are employed.

Louisiana jurisprudence sets forth a test to use in determining whether the employee’s tortious conduct was a risk of harm fairly attributable to the employer’s business as compared to conduct entirely extraneous to the employer’s interest. See LeBrane v. Lewis, 292 So.2d 216,217-18 (La. 1974). This test is called the LeBrane Test. Under the LeBrane test, the court must consider whether the employee’s conduct was so closely connected in nature, time, place, and causation to the employee’s employment duties. Under this test, the Court of Appeal found no error in the Trial Court’s finding that Officer Davis was acting in the scope and course of his employment when the battery against Mr. Townsend occurred. Officer Davis was working in an official capacity as a city police officers and the event occurred during work hours. His later conduct occurred on his employer’s premises.  Thus, the Trial Court correctly found the City of Baton Rouge responsible for Officer Davis’ conduct.

Regarding the City’s appeal of the excessive award for damages, the Court of Appeal found no manifest error in the Trial Court’s award. The Court of Appeal considered statements of various doctors that Mr. Townsend’s bladder rupture was a result of Officer Davis’ tackle. The Court of Appeal considered that Mr. Townsend was entitled to the damages that he received from the Trial Court. In the end, the case was turned over to the FBI for investigation and Officer Davis’ employment with the Baton Rouge City Police was terminated.

This case is an excellent example of how an employer may be liable for the damages occasioned by their employee. It also demonstrates the importance of interviewing, conducting a background check, and training a new employee to minimize the risk of liability on the part of the employer. And last of all, it highlights the need for good civil rights attorneys when it comes to challenging the unlawful conduct of government officials.