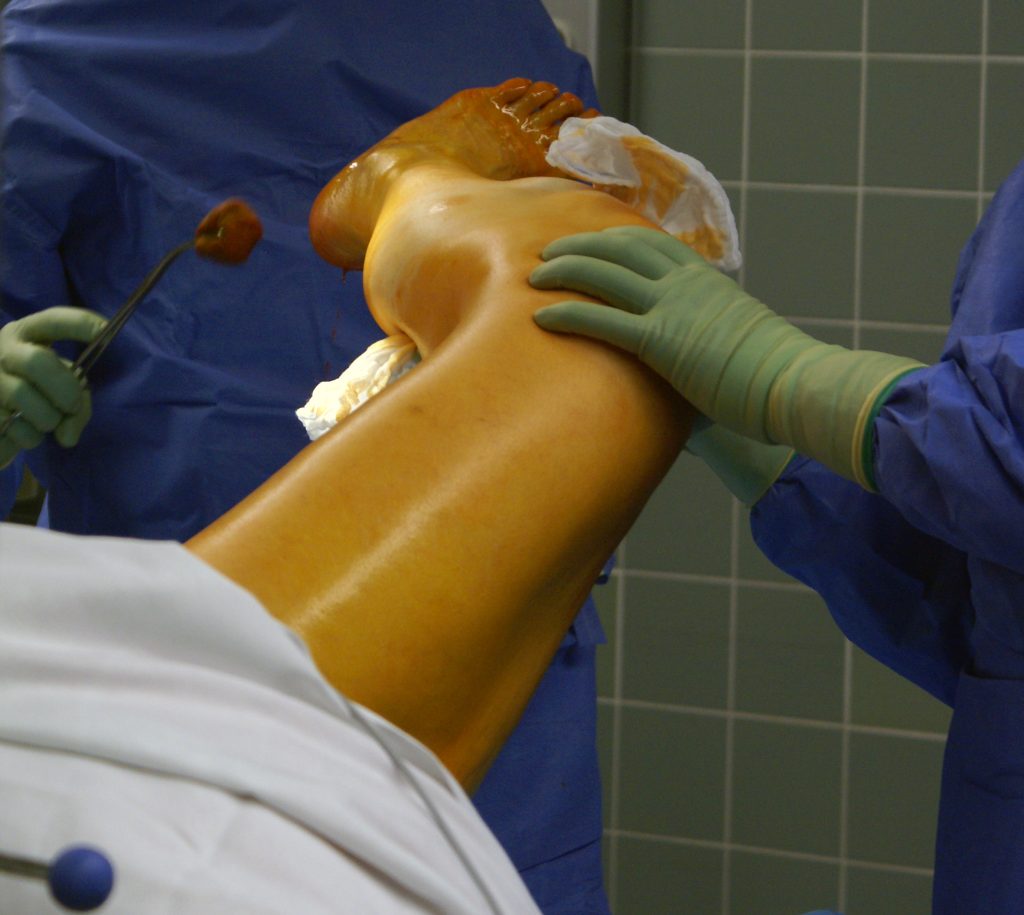 Imagine that your mother, a friend, or someone else you love dearly suffers from numerous health problems. In a terrible twist of fate, your loved one falls, worsening their current condition and making life more painful and difficult than it already is. To top it all off, what would already be considered a trying process is exacerbated because you feel like the doctors who are caring for your loved one aren’t listening to your input or concerns. After many visits to the emergency room and overnight hospital stays, your loved one passes away. Despite the health conditions before the fall, you feel like something wrong occurred during your loved one’s treatment and someone should be held responsible. This was exactly the scenario for the loved ones of Ms. Mary LeBoeuf. Five individuals, including her son and long-time partner, filed a lawsuit against her doctor, the hospital, and the orthopedic clinic on her behalf.

On October 11, 2008, Ms. LeBoeuf fell and fractured her leg, but because of her preexisting health conditions, surgery was not an option. Dr. Casey, the orthopedic surgeon treating Ms. LeBoeuf, determined a cast would be the best treatment option for her. Nine days after she was released from the hospital, Ms. LeBoeuf returned with purple toes and a blister on her left foot. Her family was insistent on the cast being permanently removed. Dr. LaSalle, a fellow orthopedic surgeon, removed the cast to examine the area for more blisters, took more x-rays, and reapplied a new cast of which her family disapproved.

Ten days later, Ms. LeBoeuf returned to the emergency room complaining of shortness of breath. It was discovered that Ms. LeBoeuf missed at least one, but possibly more, dialysis treatments, which is what caused her leg to swell. To relieve the pressure, doctors removed her cast. The doctors noted ischemia during the examination of her foot. Eventually, Ms. LeBoeuf developed gangrene and needed her foot amputated. Unfortunately, after the surgery, gangrene was detected in her upper thigh.

In what Dr. Casey referred to as a “last ditch effort,” Ms. LeBoeuf underwent a left hip disarticulation. Ms. LeBoeuf, unfortunately, passed away a short time after surgery. Her family immediately filed a lawsuit claiming medical malpractice. A medical review panel found that the doctors did not deviate from the proper standard of care, i.e., the cast was an acceptable treatment plan and Ms. LeBoeuf received timely and appropriate treatment.

The Trial Court granted the Defendant’s motion for summary judgment because the Plaintiffs lacked any expert testimony necessary to meet their burden of proof and failed to establish the applicable standard of care. The Plaintiffs acknowledged that they did not have expert testimony and stated that they did not intend on producing any. The Defendants offered the medical review panel’s opinion, which stated that there was no deviation from the standard of care, the treatment was reasonable, and that the trauma of the fracture necessitated the amputation rather than any treatment rendered by the Defendants.

The Plaintiffs argued that granting summary judgment on the medical malpractice claim was improper, dismissing the breach of contract claim was improper because it wasn’t addressed in the Defendant’s  motion for summary judgment, and the Trial Court erred in not addressing their lack of consent claim, which was implicit in their breach of contract claim.

To succeed on a claim of medical practice, a plaintiff must establish the applicable standard of care, a breach of that standard of care, and a causal connection between the breach and the resulting injuries. See La. R.S. 9:2794. This is largely established by way of expert testimony. Courts generally require expert testimony, except in circumstances where negligence or malpractice is obvious. As previously stated, the Plaintiffs did not produce expert testimony and after summary judgment was granted, they appealed.

The Louisiana Supreme Court has recognized that expert testimony isn’t required when the negligence is so obvious that a jury could recognize it. Pfiffner v. Correa, 643 So.2d 1228 (La. 1994). In the case at hand, there were many medical and factual issues at play that could have contributed to Ms. Leboeuf’s unfortunate passing. No jury could have determined the required elements of malpractice were present without expert testimony. Nevertheless, the Plaintiffs had a creative counterargument.

To support their claim that expert testimony is not necessary, the Plaintiffs asserted that since their claim is for loss of chance of survival rather than wrongful death, their burden of proof is lower. However, Louisiana courts view the standard of proof for each claim as the same. Whether the loss of chance of survival or wrongful death, both require proof of negligence by a “preponderance of the evidence” or in other words, that it was more likely than not that negligence occurred. Because the standard is the same, expert testimony is still necessary to prove the applicable standard of care, the breach of that standard, and the resulting injuries.

The Plaintiffs also contended that the Trial Court improperly dismissed their breach of contract claim since it was not addressed in the Defendant’s motion for summary judgment. This contract was allegedly created when Dr. LaSalle said he would be responsible for anything that happened to Ms. LeBoeuf. However, Louisiana courts have previously stated that a health care provider who undertakes treatment of a patient does not guarantee a cure. Although an exception can exist if an express contract in writing and signed by such health care provider exists. See La. R.S. 40:1231.1(C).

Finally, the Plaintiffs argued that there was a lack of consent. Lack of consent in medical malpractice claims can manifest itself in two ways: when there is a failure to provide and obtain informed consent or when the doctor fails to inform the patient of a material risk of the procedure to be performed. Since Ms. LeBoeuf was a legally competent adult, the Court of Appeal decided that she was fully capable of consenting on her own behalf. Although her family objected to the placement and replacement of the cast, Ms. LeBoeuf did not. Moreover, Ms. LeBoeuf knew the material risks associated with treating a fracture exacerbated by her existing medical conditions. She was aware of the risks and was not forced to have the cast placed against her will. Both lack of consent manifestations failed here. Had the Plaintiffs been able to prove that Ms. LeBoeuf was incompetent and could not understand what she was agreeing to, this claim would have had a better chance of surviving appeal.