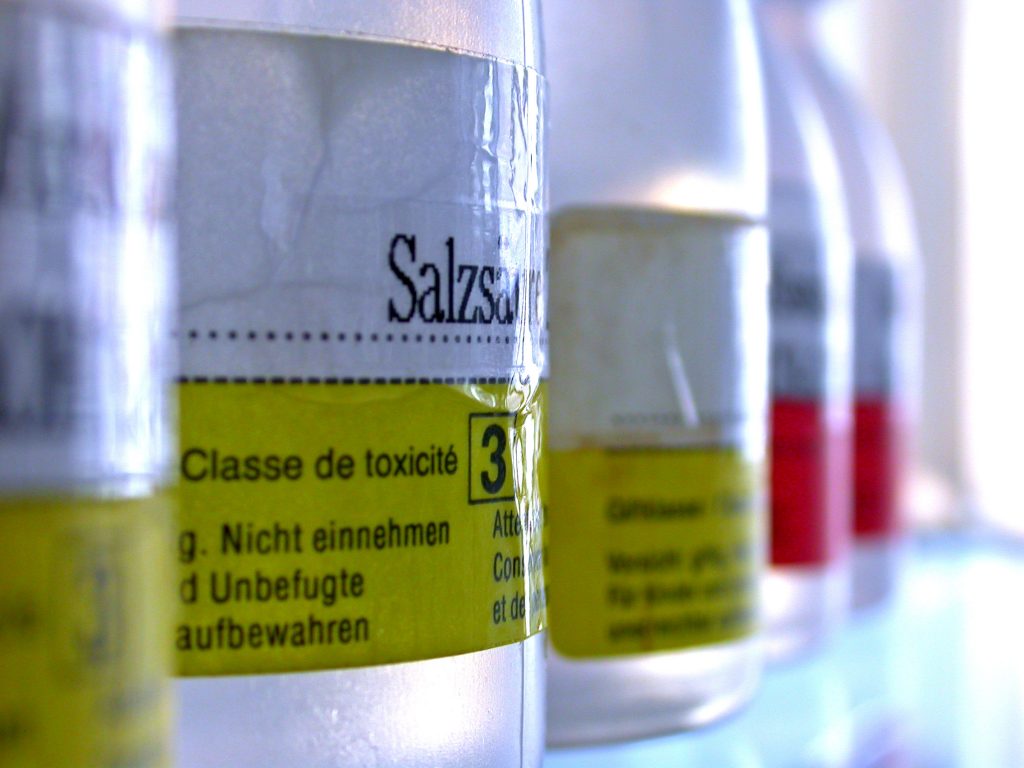 When multiple companies work together on a project that causes an injury how is liability decided between the companies? That was the case when two Parish of Jackson truck drivers and their trucks were sprayed with acid from a broken hose. The two companies in charge of the project pointed the finger at each other and tried to avoid liability. This case deals with issues of negligence in inspection and the importance of causation in a negligence claim.

Two independent contractor truck drivers, Gregory Robert and Earl Pania, were hired by Turner Specialty Services (Turner) to supply truckloads of hydrochloric acid to clean pulp mill tanks for RockTenn CP, L.L.C. (RockTenn).  Mr. Robert’s truck was the first to pump acid into the tank while Mr. Pania waited to go next. Turner employee William Thomas pumped nine gallons of acid when the measuring gauge stopped. Mr. Thomas stopped pumping, checked his equipment supplied by Turner, and found no problem. RockTenn was asked to check its equipment and RockTenn found no problem and instructed Mr. Thomas to resume pumping acid. The acid still did not pump.

Mr. Thomas replaced the hose and was again unsuccessful in pumping acid. A supervisor for RockTenn then discovered that one of its valves was only 20-25% open. Once the valve was opened completely there were no problems in pumping acid.

Mr. Robert and Mr. Pania filed separate lawsuits (later consolidated) against Turner and RockTenn, claiming they sustained physical and mental pain and suffering as a result of the accident as well as truck damage.  The negligence claim was based on the failure to open the valve fully and failure to make sure all valves were open before offloading hydrochloric acid.

Turner filed a motion for summary judgment, claiming that the Plaintiffs had failed to produce any evidence to establish its liability. Turner argued that the sole cause of the accident was the failure by RockTenn to have the valve completely open.

The Judicial District Court for the Parish of Jackson granted Turner’s motion for summary judgment and dismissed the claim against Turner. The Trial Court relied on the fact that RockTenn admitted the valve was not fully open and once the valve was open there were no problems. RockTenn’s argument that the valve partially closed could not cause enough pressure to rupture the hose failed. The Trial Court also noted that RockTenn’s claim that Turner supplied the hose failed because RockTenn presented no expert evidence that Turner’s hose was defective. Therefore, the Trial Court found RockTenn was solely responsible due to the valve not being fully open. The Trial Court also granted the Plaintiff’s partial motion for summary judgment as to their claim against RockTenn on the issue of liability but denied regarding their claim against Turner.

RockTenn appealed to the Louisiana Second Circuit Court of Appeal arguing that the Trial Court erred in finding there were no genuine issues of material fact regarding either its fault or comparative fault of Turner, and relying upon RockTenn’s lack of expert testimony in reaching its rulings. RockTenn specifically asserted the partially closed valve was a defect of which the company did not have nor should have had knowledge.

To win on a negligence claim, a plaintiff must show defendant had a duty to act in a certain way, defendant breached that duty, defendant’s breach caused the injuries, the breach was the legal cause of the injuries and actual damages were sustained.  See La. C.C. art. 2315; La C.C. art. 2316.  Summary judgment will be granted on a negligence claim if the moving party can show there are no issues of genuine material fact to be decided. Further, conclusory allegations, improbable inferences, and unsupported speculations will not suffice to create a genuine issue of material fact. See Richard v. Liberty Mut. Ins. Co., 123 So.3d 345 (La. Ct. App. 2013).  A witness’s speculation on an issue is of no probative value in determining a motion for summary judgment when there is no sound basis for the speculation.

To recover for damages caused by a defective thing, a plaintiff must prove that the thing was in defendant’s custody, that the thing contained a defect which presented an unreasonable risk of harm to others, that this defective condition caused damage, and that defendant knew or should have known of the defect. La. C.C. art. 2317.1.

The Second Circuit agreed that there were no genuine issues of material fact regarding RockTenn’s liability. There was no dispute that RockTenn had a partially closed valve and Turner’s hose ruptured while trying to overcome the resistance created by the partially closed valve. The evidence showed that once the valve was open there were no problems. On the issue of the defect, the Second Circuit found that it appeared that the closed valve would not be defined as a defect, but regardless the failure to detect the closed valve on earlier inspections opened RockTenn up to liability because it should have known about the existence of a closed valve. The only evidence presented in RockTenn’s favor was the speculation of one of RockTenn’s supervisors that a completely blocked valve would not have produced enough pressure to rupture Turner’s hose. The supervisor’s speculation, however, was not near enough to support RockTenn’s lack of liability. The undisputed facts showed that RockTenn’s closed valve was the cause of the accident and the Trial Court did not err in finding RockTenn solely liable.

In negligent injury cases where there are multiple defendants, it is important to have an excellent attorney who understands the importance of having a factual basis for a client’s defenses. Turner was successfully able to avoid being found negligent by supporting the argument about partially closed valve properly. On the other hand, RockTenn presented no expert evidence that could shed doubt on their negligence and was found liable.