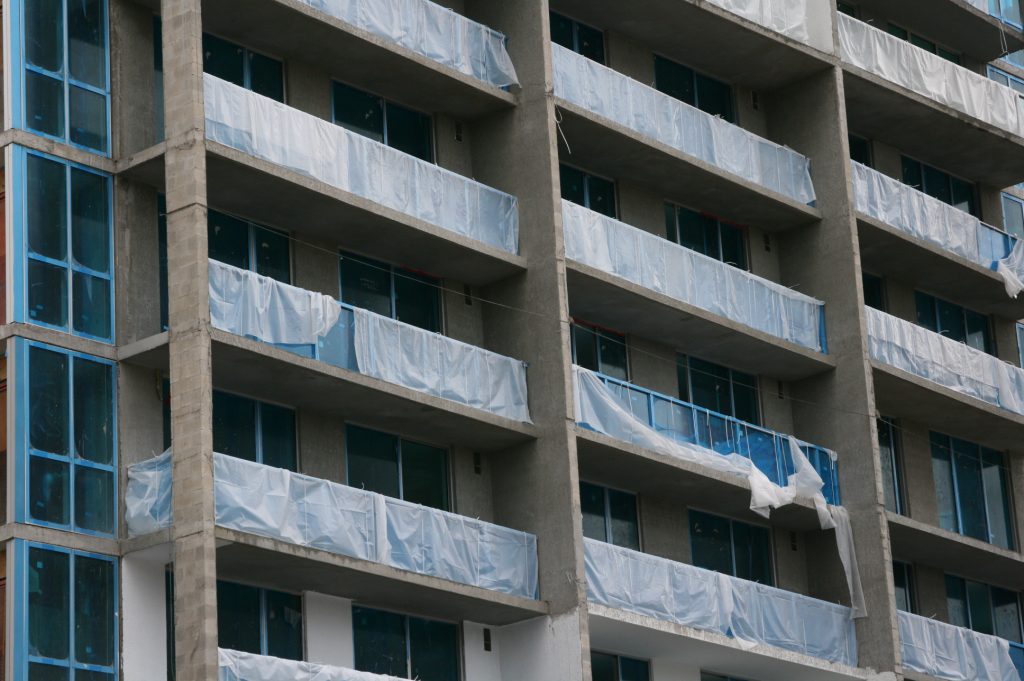 It really does go without saying, but lawsuits tend to progress slowly.  Delays abound and the realities of finite court resources mean that lawsuits can take years to complete.  As an alternative to using this system, some parties will agree to arbitrate disputes. Arbitration takes place outside the court system before a contractually agreed upon third party who hears evidence and renders a final decision (much like a judge). Although it is sometimes successful, arbitration can often result in court litigation anyway. After a dispute arose over the quality of some condo construction in Biloxi, Mississippi, the New Orleans Glass Company attempted to litigate rather than arbitrate.

The New Orleans Glass Company (“NOG”) was a subcontractor for the Roy Anderson Corporation (“RAC”) on a project building condos in Mississippi.  The parties executed a subcontract which required any subcontractors to participate in arbitration proceedings between RAC and a third-party when the subcontractor had claims against RAC arising out of the same general subject matter as the already-pending proceeding. NOG interpreted the contractual provisions to mean that arbitration was only required in regards to that third-party and not for disputes between NOG and RAC.

Predictably, a dispute did arise between RAC, the condo developer, and the condo owner’s association over the quality of the construction. Developer and owners initiated arbitration proceedings.  RAC determined that many of the claims for damages involved work performed by subcontractors and subsequently filed a demand requiring NOG to participate in the arbitration proceedings. NOG filed a complaint before the United States District Court for the Southern District of Mississippi requesting the District Court to issue a judgment stating that NOG and RAC did not agree to arbitrate but to litigate.

Arbitration agreements involving businesses that cross state lines, like the agreement, in this case, are adjudicated under the Federal Arbitration Act.  See 9 U.S.C. § 1.  When determining whether parties did agree to arbitrate, courts look to see if there is a valid agreement to arbitrate and whether the dispute falls within the scope of the agreement.  See Webb v. Investacorp, 89 F.3d 252, 257 (5th Cir. 1996).  When analyzing the contract language, federal courts will apply state contract law principles but will also give deference to the federal policy favoring arbitration. Mississippi law employs a three-step approach to contract interpretation.  First, it looks to the plain language of the contract itself to discern the meaning. If the meaning is ambiguous from the contract language, courts are to look at general contract principles such as giving greater weight to specific language over general language. If, after employing the first two steps, the contract is still ambiguous, only then will Courts look to outside evidence of the parties’ intent.  See Royer Homes of Miss., Inc. v. Chandeleur Homes, Inc., 857 So. 2d 748 (Miss. 2003).

In this case, the District Court declared that RAC and NOG did not agree to arbitrate. However, the United States Court of Appeals for the Fifth Circuit (“Fifth Circuit) disagreed and reversed. The Fifth Circuit found that a plain reading of the language of the contract required NOG to participate in the arbitration pending between RAC and third-parties.  The Fifth Circuit found that the agreement to arbitrate was not limited to NOG’s claims against any particular party. Instead, the agreement to arbitrate applied to NOG’s claims involving the same general subject matter as RAC’s claim with any third party. As RAC’s dispute with the developers and owners involved some of NOG’s work on the condos, the Fifth Circuit compelled NOG to participate in the arbitration proceedings.

Contractual interpretation is not for the faint of heart and contracts should always be drafted by a good attorney. In this case, not only does NOG incur fees in the litigation but must also to submit to the time and fees associated with the arbitration.  While arbitration is generally a time-saving method, parties can still prolong the dispute resolution process if they attempt to avoid a contractual obligation to arbitrate.