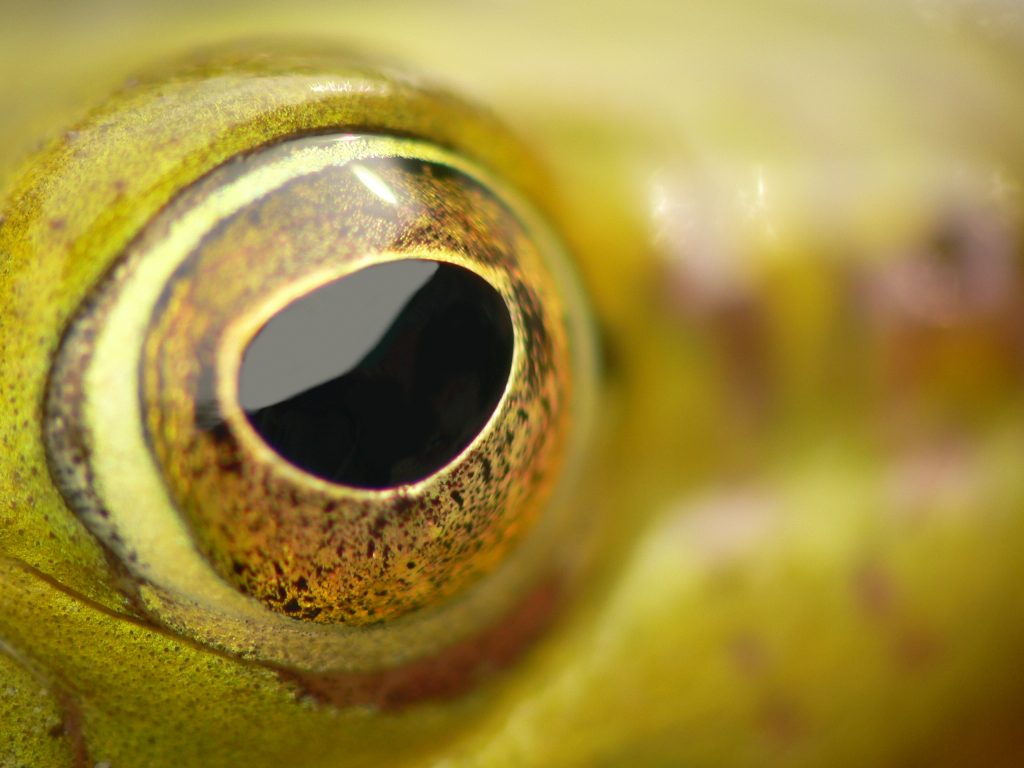 “An eye for an eye will only make the world blind,” said Mahatma Gandhi. In a recent case, the Ritz-Carlton Hotel Company, LLC claimed that one of its employees filed a lawsuit against it as retaliation for her dismissal from the company. The Louisiana Fifth Circuit Court of Appeal was faced with the question of whether that employee actually suffered a compensable work-related injury or whether her claims were suspect.

Phyllis Summers was a hairdresser, nail technician, and makeup artist at the Ritz. On March 2, 2013, she arrived early to perform a pedicure for a guest. But her day took a turn for the worse as she slipped and fell from water leaking from one of the pedicure tubs. The Ritz suspended her employment on May 3, 2013, and later terminated her on May 16, 2013, for repeated violations of Hotel policy. Ms. Summers then filed a Workers Compensation Claim (“WCC”) on June 7, 2013, seeking compensation for a work-related injury. The Workers’ Compensation Judge (“WCJ”) granted her wage and medical benefits, along with penalties and attorney fees. The Ritz and Marriot Claims Service (“MCS”) appealed, arguing that Ms. Summers filed the lawsuit as an act of vengeance.

In reviewing a WCJ’s decision, the Court of Appeal may only overturn conclusions if a close examination of the facts in the entire court record shows that the WCJ was “clearly wrong.” See Dean v. Southmark Constr., 879 So.2d 112 (La. 2004).  In reviewing this case, the Fifth Circuit assessed whether (1) Ms. Summers’ accident was job-related; (2) her accident resulted in injury, or resulted in making an injury she already had worse; (3) she was entitled to temporary total disability (“TTD”); (4) she was entitled to supplemental earnings benefits (“SEBs”); (5) the injury warranted medical, medication and travel expenses; and (6) she had a right to penalties and attorney fees.

Regarding whether Ms. Summers’ accident was job-related, if a person making a WCC testifies and there is no evidence to counter her testimony, and her statements are confirmed by medical evidence or her coworkers or husband, her testimony may be enough to meet her burden of proof if there is a likelihood that the proof is accurate and more convincing than her opponent’s evidence. See Jimmerson v. Johnson, 142 So.3d. 111 (La. Ct. App. 2014).

Ms. Summers stated that she struck her head and body completely on its left side. Thereafter she reported the incident to management who instructed her to complete a report. She complied. The spa manager was notified and then Loss Prevention who gave notice to the WCC administrative office. Ms. Summers claimed she informed a hospital doctor she saw the following day. Since the Ritz did not submit evidence to counter Ms. Summers’ testimony, the Fifth Circuit found the WCJ was reasonable in concluding she suffered an on the job injury, therefore affirmed the decision.

Regarding issue two, an employee must prove that the on the job accident caused injury. See Harrell v. St. Margaret’s Daughter’s Nursing Home, 24 So.3d 941 (La Ct. App. 2009). Ms. Summers’ medical record showed no previous injuries and did not show she suffered headaches in March. However, there was no link establishing that her headaches after March were due to her accident at work. Based on these facts, the Fifth Circuit affirmed her headaches suffered in March resulted from the work accident but found that the WCJ was manifestly erroneous in part when it concluded that Ms. Summers’ headaches after March were linked to the incident. It reversed the WJC’s finding that the accident caused her head pains that ensued after March.

Because there was no supporting evidence in the medical records, the Fifth Circuit found the WCJ erred and reversed the finding that Ms. Summers’ left shoulder was injured or worsened as a result of the work accident. The Fifth Circuit also concluded that the WCJ erred in finding that Ms. Summers’ preexisting knee injury was aggravated by the accident at issue. Ms. Summers did not claim any issue with her lower back until after she was suspended and presented no evidence from her physicians proving a connection between her lower back injury and the work accident.

In order for a claimant to receive TTD benefits, she must clearly show an inability to physically work due to her injury. See Jimmerson v. Johnson, 142 So.3d. 111 (La. Ct. App. 2014). If the claimant works at all she is disqualified from receiving TTD. Because Ms. Summers’ doctor released her to work during the period of March 3 to March 4, 2013, she was not entitled to TTD during that time span. Consequently, the Fifth Circuit found the WCJ was manifestly wrong to grant her TTD for that duration and reversed the judgment that granted her TTD.

Concerning TTD benefits from March 26 to April 8, 2013, the Fifth Circuit found the WCJ erroneously granted Ms. Summers’ benefits and reversed the judgment awarding TTD benefits for that time span because she did not show any inability to work as a result of “work-related” injuries. They also considered the fact that she nor her doctor offered testimony to support an incapability to work.

In regards to TTD benefits from May 4 to June 7, 2013, the Fifth Circuit reversed the WCJ’s decision to award TTD benefits for that period. The Fifth Circuit reasoned that Ms. Summers acknowledged that the Ritz rightfully terminated her and claimed thereafter she did not desire to return to work there. This was a decision not based on an inability to work. Furthermore, she did not clearly convince the court of any lack of ability to work due to bodily injuries caused by her work accident. Nowhere in Ms. Summers’ court record did the Fifth Circuit discover support that she was debilitated due to the accident, but instead found she worked until her suspension date of May 4, 2013.

In order to succeed in keeping the award of SEBs, Ms. Summers needed to initially prove by a greater weight of evidence that the work accident caused her an inability to earn ninety percent or greater of what she earned before her work incident. See Poissenot v. St. Bernard, 56 So.3d 179 (La. 2011). The Fifth Circuit examined the court record to determine whether she was entitled to SEBs for the 2013 periods of March 5 to 25 (“one”), April 9 to May 3 (“two”), June 8 to September 30 (“three”), and November 1 through the date of the case review (“four”). Upon looking closely at the record the Fifth Circuit reversed the WCJ’s decision to award SEBs for these time frames because Ms. Summers did not show an inability to earn equal to or greater than ninety percent of pre-accident earnings. Furthermore, she worked full-time for the first period, returned to her on will prematurely from her leave of absence the second period, and her doctor allowed her to return to work with no limitations by the third period. For these reasons, and considering the Ritz would have facilitated her doctor’s restrictions and given her “vocational rehabilitation” if not for her rightful termination, the Fifth Circuit found the WCJ was wrong to grant Ms. Summers SEBs for periods one through two, and clearly wrong in granting SEBs periods three and four.

According to the Louisiana Revised Statutes, the Ritz was only responsible for paying Ms. Summers’ actual medical, medication and travel expenses which resulted from her work accident. See La. R.S. 23:1203. Because she did not provide the specific amount of these costs encountered as a result of her March 3, 2013, on the job incident, the Fifth Circuit found the WCJ was clearly wrong, “in part”, in concluding that the Ritz was required to pay all of these expenses. Therefore, sent this issue back to the WCJ to compute the exact amount of specific expenses which Ms. Summers suffered in March 2013 related to the accident. In addition, because she did not prove her work incident caused more harm or an “aggravation of” a “pre-existing condition,” the Fifth Circuit found the WCJ was clearly wrong in concluding Ms. Summers was eligible to receive these types of expenses based on “any other” purported harm grounded on any “aggravation of pre-existing condition.” Therefore, reversed the WJC’s award based on such “pre-existing condition.”

Finally, regarding issue six, the Ritz and MCS claimed Ms. Summers should not be awarded $8,000 penalties and $8,000 attorney fees because she did not have a right to wage and medical rewards. If the Ritz did not pay Ms. Summers, a penalty is enforced unless the employer had no power to pay or presented a reasonable argument for nonpayment. See La. R.S. 23:1201. A Court may examine facts, and if there’s no factual support for an imposed penalty, will conclude a WJC was clearly wrong in assessing that fine. See Richard v. HSLI & Touro Infirmary, 119 So.3d 617 (La. Ct. App. 2013). After analyzing the facts and circumstances of the case, the Fifth Circuit concluded the WJC was clearly wrong in accessing the fine and found the Ritz and MCS reasonably argued against Ms. Summers’ allegations. Therefore, it reversed the penalty and attorney’s fees granted.

While the Fifth Circuit avoided delving into whether the lawsuit was filed in retaliation to her dismissal, it only partially upheld the WCJ’s decree. It reversed portions of the judgment and sent the case back to the WCJ to calculate expenses. Whether you are an employer or employee it is important to know your labor rights. And as this case shows, it is necessary to hire a good lawyer to present supporting evidence to bring or defend against claims.