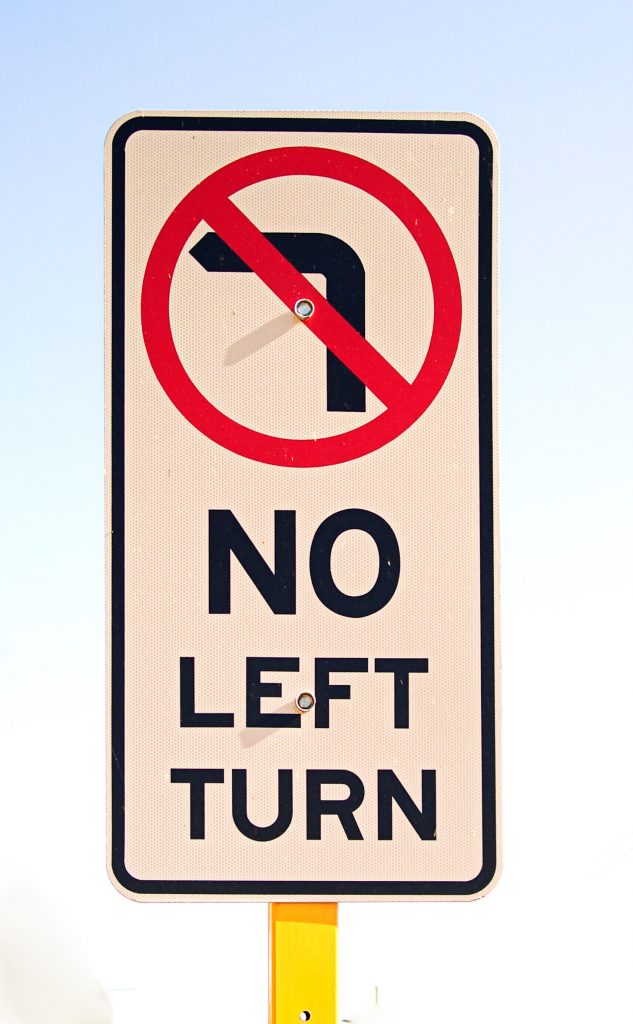 If you are involved in a motor vehicle accident while making a left turn, you are presumed to be negligent because of the dangerous nature of the turn. You will have to overcome this presumption of negligence even if you think the accident is not your fault. See Baker v. State Farm Mut. Auto. Ins. Co., 162 So.3d 405 (La. Ct. App. 2015).

On October 26th, 2012, at 8:00 p.m., Latoya Leonard was driving west in Caddo Parish, Louisiana. She stopped at a traffic light at an intersection and other vehicles stopped behind her. James Lee was approaching the same intersection from the opposite direction. Leonard saw Lee’s truck from several car lengths away as it began to approach her. When the light first changed, Leonard delayed her turn as drivers behind her honked their horns. She turned left and the left portion of Lee’s front bumper collided with the back passenger side door of Leonard’s car.

The police officer who took the report of the accident gave his testimony via deposition. In his deposition, he said that his report was based solely on what he was told by the parties because he did not witness the accident and did not talk to any impartial witnesses. Lee told the officer that Leonard turned left and crossed into the westernmost southbound lane as both were beginning to turn south. Based upon what the drivers reported, the officer placed the point of impact at the westernmost, outside lane. The officer concluded that Lee was not at fault in the accident but also said that both parties should have yielded.

Ms. Leonard testified at trial that she missed three days of work because of the accident and sustained a total of $150.40 in lost wages. Leonard’s insurance company paid for the repair of her vehicle. Leonard also testified that she saw Lee’s truck turn and drive east toward her, but that she estimated that the truck was far enough away for her to make her turn safely. Leonard said she was in good health prior to the wreck and had no physical restrictions and took no medications. The following day after the accident, she awoke with back, neck, and head pain and went to the emergency room where she was X-rayed and given prescriptions for pain. The trip to the ER cost her $787.70. Leonard also underwent chiropractic treatment costing her $2,387.00. These injuries adversely affected her job performance, leisure activities with her children, and her exercise routine. Leonard testified that she was pain free by the end of February 2013.

On the other hand, Lee testified that the damage to his vehicle consisted of a rubber piece being pushed off of his bumper, which he was able to push back into place. Lee also testified that his truck did not strike Leonard’s car, rather, Leonard’s car came into contact with his truck and Leonard had not completed her turn at the time of the impact.

A motorist turning left has a duty to properly signal an intention to turn left and keep a proper lookout for both oncoming and overtaking traffic in order to made the turn with a reasonable amount of safety. See La. R.S. 32:122. The driver of the vehicle turning left shall yield to all vehicles approaching from the opposite direction that are an immediate hazard. The left turn is one of the most dangerous maneuvers for a driver to execute, so there is a presumption of negligence on left-turning motorists that are involved in a motor vehicle accident.

Leonard admitted that she saw Lee’s oncoming truck and was hesitant about making the left turn. She saw Lee’s truck and negligently made a left turn for which she did not have time to complete. The Court of Appeal found that both drivers should have seen each other and that each could have avoided the wreck. The Court of Appeal issued judgment assessing each party with 50% comparative fault.

As this case demonstrates, a presumption of negligence can be overcome, but it is difficult. Furthermore, it shows that the facts of each case need to be examined closely and there are no definitive default rules. Here, the presumption was overcome, but fault was still apportioned 50/50. In another case, the presumption may stand, and 100% fault may be placed on the left-turning motorist. As always, a good attorney should be sought whenever you are involved in a car accident that you feel was not your fault.