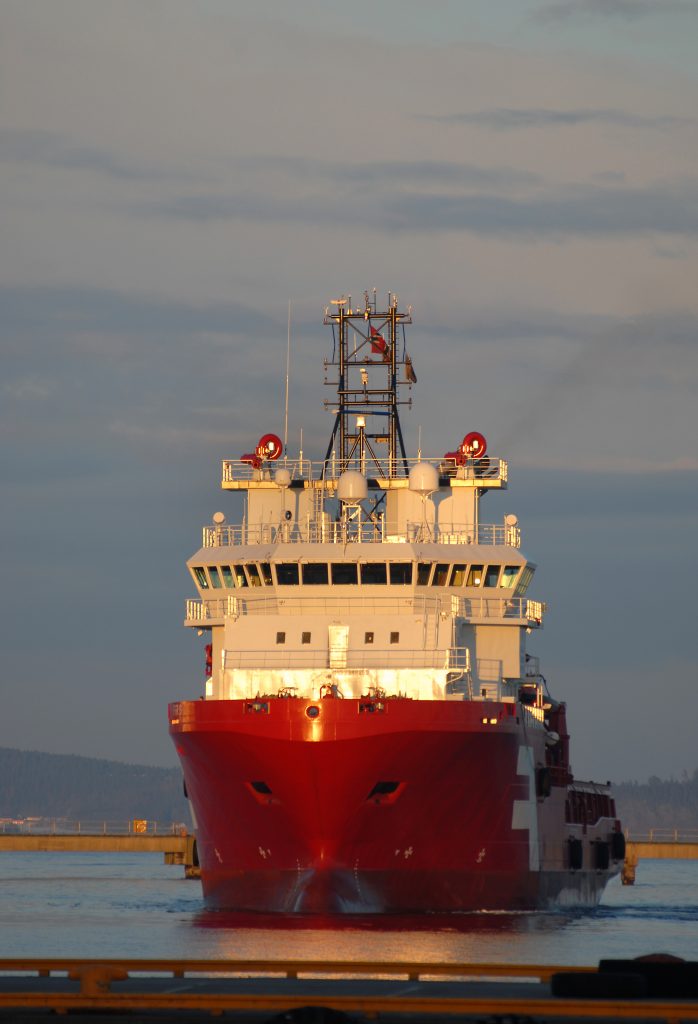 Contract disputes can often be complicated when multiple parties and corporations are involved. Courts are forced to sort out multiple claims and counterclaims and figure out who is accountable for what. Even after a decision is made, there can be multiple appeals and judgments that a higher court is asked to review. In complicated cases, it’s common for mistakes to happen, as a case that landed in the Fifth Circuit will demonstrate, and the appeal process is available for parties to have their case double checked.

In this case, a contract dispute arose between Comar Marine, LLC (Comar) and four LLCs that owned vessels (Owners) that Comar managed on their behalf after the Owners decided to stop this management arrangement before the specified end date in the contracts. In response, Comar sued the Owners for breach of contract and secured the vessels under arrest, which means they took possession of the vessels, on the grounds that Comar was allowed termination fees under the agreement which provided them with a lien on the vessels. The Owners countersued, alleging that Comar wrongfully arrested the vessels.

JPMorgan Chase Bank (JPMorgan) and Allegiance Bank Texas (Allegiance) held the mortgages for the vessels and entered this dispute to defend their ownership interests. The District Court granted summary judgment in favor of the banks. According to the Federal Rules of Civil Procedure 56(a) the court should grant summary judgment if the person asking for the judgment shows that there is no genuine question over the material facts and they are entitled to a judgment under the law. The District Court held that the four LLCs materially breached the agreements by terminating early, that the termination fee in the agreement was unenforceable, that Comar did not have a valid lien on the vessels, and that Comar wrongfully arrested the vessels. Both Comar and the Owners appealed the judgment from the court and Comar appealed the grant of the summary judgment.

The Court of Appeal reviewed the District Court’s grant of summary judgment for the banks as de novo, which means that Court of Appeal applied the same legal standards the the district court used in the first case. Turner v. Baylor Richardson Med. Ctr., 476 F.3d 337, 343 (5th Cir. 2007).

The District Court first held that the breach of the agreement did not create a lien and that the bank’s claim on the vessels had priority and secondly, even if the lien was created, Comar could not claim it. Comar disagrees with both decisions. To determine whether a maritime lien is valid the court should look at statutory law or liens that have been recognized historically by the courts. See Racal Survey, 231 F.3d at 192 (citing Lake Charles Stevedores, Inc. v. Professor Vladimir Popov MV, 199 F.3d 220, 224 (5th Cir. 1999)). Comar claims that the management agreement with the Owners is the functional equivalent to the agreements that have been historically recognized as giving rise to maritime liens. The court disagrees with this as Comar operated the boats for the Owner’s benefit and cannot claim the agreement created a maritime lien simply because the agreement states that it does. The court upholds the grant for summary judgment in the first instance but does not agree that if it was created Comar could not claim it, but as there was no lien created this decision has no bearing.

The court then looks to the appeals from Comar and the Owners. Comar disputes the holdings that the termination fees were unenforceable and that Comar wrongfully arrested that vessels. The Owners dispute the district court’s decision to not award damages from the wrongful arrest, the conclusion that the Owners personally guaranteed the management agreement, and the calculation of Comar’s damages. Both parties believe that the district court made a mistake in not awarding prejudgment interest.

The first issue the court looks at on appeal is the termination fee or liquidated damages. A two-part test is used to determine if a sum is unreasonably large. The first part is to look at the anticipated or actual loss caused by the breach of contract. See Farmers Exp. Co. v. M/V Georgis Prois, 799 F.2d 159, 162 (5th Cir. 1986). The court in this case decided that the trial court was correct in their decision that the termination fee for the breach of contract by the Owners was not an appropriate sum because it does not align with the approximate loss that they suffered because of the loss of the management profit.

The second issue the court looks at is the issue of the damages awarded to Comar. Because of the decision on the termination fee the court instead awarded Comar a sum per month for each vessel from the date of termination to the end of the original agreement. The court states that the damages award is a finding of fact on the part of the district court. See Jauch v. Nautical Servs., Inc., 470 F.3d 207, 213 (5th Cir. 2006) (per curiam). Even if the court would have chosen a different number, if the award is plausible the court should uphold it. See St. Martin v. Mobil Exploration & Producing U.S. Inc., 224 F.3d 402, 410 (5th Cir. 2000). On appeal the court reviewed the district court’s reasoning behind the damages award and found that is was plausible given the facts of the case.

The third issue looked at by the court is the holding against Comar for the wrongful arrest of the vessels. To have a wrongful arrest there must be no bona fide claim of a lien on the vessel and a showing of bad faith by the offending party. See Arochem Corp., 962 F.2d at 499 (quoting Frontera Fruit Co. v. Dowling, 91 F.2d 293, 297 (5th Cir. 1937)). The court has decided that there was no lien on behalf of Comar and so they look to the finding of bad faith. Comar claims that it acted under the advice of a lawyer and so there was no bad faith. Given conflicting testimony the court found that Comar lacked probable cause to arrest the vessels and did not provide the legal counsel with all of the relevant information. The court upheld the finding of wrongful arrest on the part of Comar.

The fourth issue looked at on appeal is that of the court declining to award lost profits to the Owners stemming from Comar’s wrongful arrest. This denial of damages is again a finding of fact by the district court and should only be set aside if they are erroneous. See Marine Transp. Lines, Inc. v. M/V Tako Invader, 37 F.3d 1138, 1140 (5th Cir. 1994); accord In re M/V Nicole Trahan, 10 F.3d 1190, 1193-94 (5th Cir. 1994). The court can only award lost profits if the loss has actually been or the supposed amount can be proven with reasonable certainty. The district court decided that the Owners had failed to provide them with the evidence to determine the damages with reasonable certainty and this court agrees and uphold the denial of damages.

The fifth issue at appeal is the issue of the personal guarantee from the private individuals behind the four LLCs as the Owners. The parties agree that in this case Louisiana law applies and under Louisiana law a guaranty must be clear and interpreted as intended by the parties but guaranty contracts are still subject to the same rules of interpretation as general contract. See Ferrell v. S. Cent. Bell Tel. Co., 403 So. 2d 698, 700 (La. 1981) (citing Am. Bank & Trust Co. v. Blue Bird Rest. & Lounge, Inc., 279 So. 2d 720 (La. App. 1 Cir. 1973)). The agreement contained a guaranty agreement to which the private individuals both signed their names followed by the title ‘Guarantor.’ Although the corporation name is given, the district court determined that the contract clearly indicated that the private individuals signed in their individual capacity as guarantors. The appeals court agrees and found no error in the district court’s findings.

The final issue the court looks at on appeal is that of the denial of prejudgment interest. Prejudgment interest is a compensation for the use of money that the claimant was entitled to in a maritime case. See Noritake Co. v. M/V Hellenic Champion, 627 F.2d 724, 728 (5th Cir. Unit A 1980).

If in the case there is some circumstance that would make the judgment inequitable for the losing party then the court can deny by its discretion. The district court cited finding peculiar circumstances that would cause them to deny prejudgment interest but did not state what it was. The appeals court affirmed the denial because they could not find anywhere in the record that would point to a clear error on the part of the district court.

For all of these reasons the United States Court of Appeals for the Fifth Circuit affirmed the decision of the district court and settled the contract dispute and the following judgments and appeals between Comar and the Owners. Multiple party cases are tricky to handle but the decisions of the district court were appropriate and the Fifth Circuit Court of Appeals was up to the challenge.