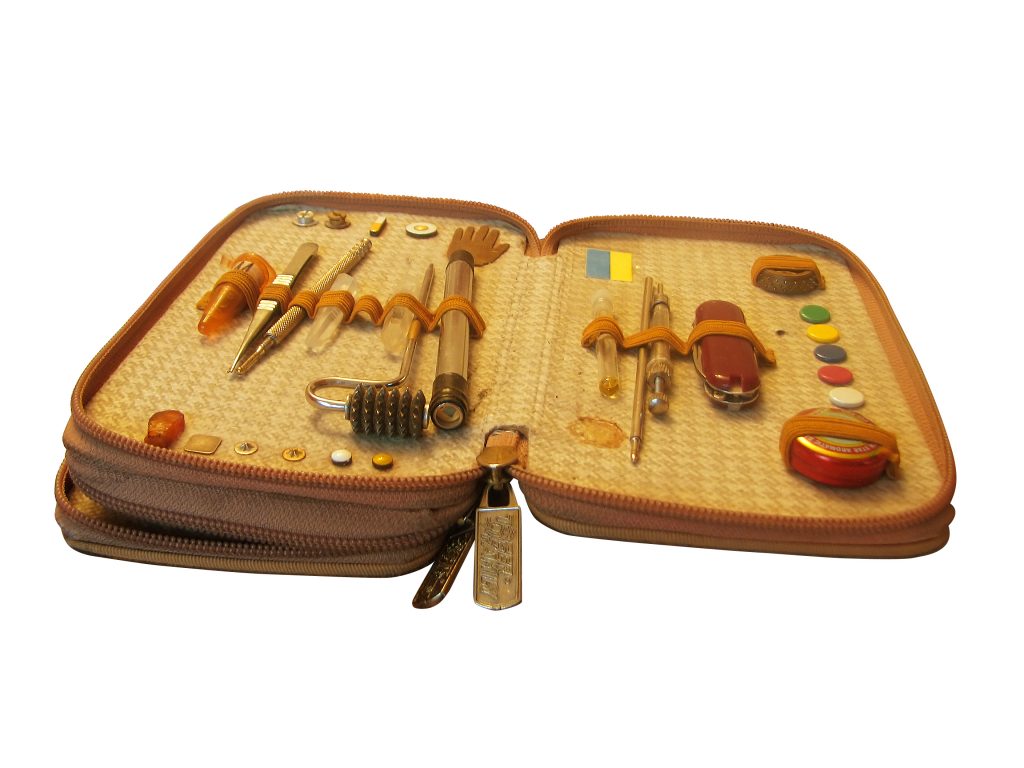 In July 2007, Karen told Dr. Islam of intermittent pain in her chest, progressively spreading down her arms. Dr. Islam ordered blood work and various tests, which indicated that Karen had a heart attack in the last two years. Dr. Islam recommended a surgical procedure on her left heart, as well as some exploratory surgery: a carotid angiogram and vertebral angiogram. He explained this to Karen, who agreed and signed the consent form. The consent form listed the carotid angiogram, but did not mention the vertebral angiogram. The form explained possible risks of the procedures, including stroke in rare cases.

After the carotid angiogram, Karen was nauseous and vomited. She said that she was alert, and she appeared to have full control over her limbs. Dr. Islam administered a drug for the vomiting. By 1:00 p.m., Karen said she felt better and was no longer nauseous. Her neurological exam indicated that she was normal. Dr. Islam declared her stable and sent her home, telling to return in the morning for follow-up, and to call anytime if there was a problem.

The doctor called later that night, again in the morning to check on her well-being. Karen’s sister told him that she had vomited again in the night, and was experiencing double vision. Dr. Islam, concerned, asked Karen to come in right away. On examination, he thought that she had a stroke. He called a local neurologist. The neurologist was out of town, but recommended a CT scan and two prescriptions. St. Francis North, the nearest hospital, said a bed wouldn’t be available ‘til 3:00 p.m. After reporting to the neurologist, Dr. Islam told Karen that she could wait at his office, or return home until the 3:00 appointment. She chose the latter.

At the hospital, a CT scan and MRI together revealed that Karen had several areas of dead tissue (“infarctions”) in her brain, indicating that she had suffered at least one stroke. All of the infarctions were acute and only 1-2 days old.

Karen LeBlanc and her husband Joe argue that Dr. Islam committed medical malpractice in two respects: first, by failing to get Karen’s informed consent to the vertebral angiogram, and second, in his management of her condition after the surgery.

At trial, the jury found that Karen and Joe had failed to show that Dr. Islam breached his duty of care. In response, the LeBlancs moved for a judgment notwithstanding the verdict (“JNOV”), or in the alternative, for a new trial.  See La. Code Civ. Proc. art. 1811. A motion for judgment notwithstanding the verdict argues that a reasonable person could not have decided as they jury did, and asks the judge to impose a different decision. A motion for a new trial argues that the trial was improper in some respect, and that the judge should order a new trial to give the parties the process and fair hearing that they’re entitled to under the law. If the judge grants one, he doesn’t grant the other (although he may also choose not to grant either motion).

The trial judge granted the motion for JNOV on both issues (as to the consent form and as to the post-surgery care), because he felt that a reasonable person could not have found that Dr. Islam did not commit malpractice on these issues.

The court of appeals disagreed with the trial court’s decision to grant JNOV on both the informed consent issue, and on post-stroke management. JNOV is appropriate only when the facts point so strongly to one party that reasonable persons could not find for the other party, citing Joseph v. Broussard Rice Mill, Inc. 00-0628, pp. 4-5 (La. 10/30/00), 772 So. 2d 94, 99. In assessing this, the judge should not make credibility determinations, and all inferences should be made in favor of the non-moving party.

Denial of JNOV for Breach of Duty to Obtain Informed Consent

The appellate court reviewed the elements of informed consent:

“(1) a material risk existed that was unknown to the patient; (2) the physician failed to disclose the risk;  (3) the disclosure of the risk would have led a reasonable patient in the patient’s position   to reject the medical procedure or choose another course of treatment; and  (4) the patient suffered injury.”

The appeals court noted that Dr. Islam testified that the vertebral angiogram was necessary. In addition, he testified that he had informed Karen and her sister of the procedure and its risks a week before it was scheduled, and encouraged them to ask questions if they had any.

Another cardiology expert, Dr. Ramee, testified that hospital consent forms vary greatly by hospital. Many consent forms are broad in scope and group many arteries and procedures together. Moreover, a doctor may not know which procedures he may have to do until the patient is already in surgery. Finally, patients usually don’t know the difference between the many veins and arteries, so it adds nothing to the depth of their consent to name vessels or procedures in detail.

Karen testified that Dr. Islam never explained the carotid and vertebral angiograms—in fact, she said that she’d never heard the word “vertebral” until litigation. Dr. Islam, in contrast, said it was his standard procedure to explain this and moreover that he never did a carotid angiogram without a vertebral one, because that would not provide a complete picture of the patient’s condition. Two other experts also testified that both a vertebral and carotid angiogram are necessary to get the full picture.

The LeBlancs’ expert, Dr. Swirosky, testified that the carotid and vertebral angiograms are separate procedures with separate billing codes, because they are not always both necessary. He also pointed out that the risk percentages indicated on Karen’s consent form were incorrect.  Dr. Michael Pappas, a vascular expert, testified that the percentages on the consent form matched the risks of a left heart catheterization, not of a vertebral angiogram, which are higher.

Karen testified that she hadn’t read the consent form because she trusted Dr. Islam, but that she wouldn’t have signed if she had read it.

The appellate court also noted that a doctor has no duty to disclose procedures to a patient other than procedures that are a reasonable alternative. Dr. Ramee testified that the other tests under discussion (the CTA and MRA) are diagnostic tests; whereas an angiogram is a method of treatment. Consequently, even if Dr. Islam did not present Karen with the option of the CTA and MRA, Dr. Ramee did not think it would be a violation of the duty of care. In addition, the patient’ ability to comprehend affects the doctor’s obligation to disclose. Dr. Ramee testified that Karen probably would not have understood the character of the differences between the diagnostic tests and the angiograms.

The appellate court found that there was sufficient evidence was presented for reasonable people to find that Dr. Islam did not breach his duty of care in getting Karen’s consent, contrary to the trial judge’s opinion. Therefore, the trial judge was not justified in granting JNOV on the informed consent claim.

Denial of JNOV for Breach of Stroke Management Standards of Care

Expert testimony was conflicting with respect to Dr. Islam’s choices on September 6, immediately after the angiograms. On the one hand, Karen’s weakness and difficulty walking should have suggested a stroke. But on the other hand, the fact that her limbs were mobile and she could speak clearly suggested the contrary. The experts’ testimony was much more contentious with respect to Dr. Islam’s actions the day after the angiograms—September 7.

When Dr. Islam called Karen’s sister that morning, the sister said that Karen’s speech was a little slurred. Dr. Islam testified that he told Karen to return immediately. When she arrived, he examined her and determined that she’d had a stroke. Dr. Islam immediately contacted a stroke specialist, Dr. Shelat.

Dr. Shelat accepted the consultation. Dr. Islam interpreted this to mean that he was taking responsibility for the advice to Karen at this stage. Dr. Islam notified Dr. Shelat that the hospital said a bed wouldn’t be available ‘til 3:00p.m. When Dr. Shelat did not recommend expediting the tests, Dr. Islam assumed it was safe for Karen to wait ‘til 3:00, either at home or at his office. Karen testified that her condition worsened between 11:00 a.m. and 3:00 p.m. that day.

Dr. Ramee testified that he considered a stroke to be an emergency, and if a patient showed stroke symptoms he would immediately hand her over to the stroke team. However, if the stroke occurred more than 3 to 6 hours ago, even a stroke team couldn’t do much about it. If uncertain exactly when the stroke began, Dr. Ramee would not have sent the patient home for any period of time. Despite this, Dr. Ramee did not think that Dr. Islam acted below the standard of care. Even if he had sent Karen to the emergency room, she would not have been treated immediately, and there was nonetheless little that could have been done for her.

Dr. Pappas thought sending Karen home was gross negligence and patient abandonment, since her neurological condition could only worsen and were there an opportunity to limit the damage, she would miss it if at home.