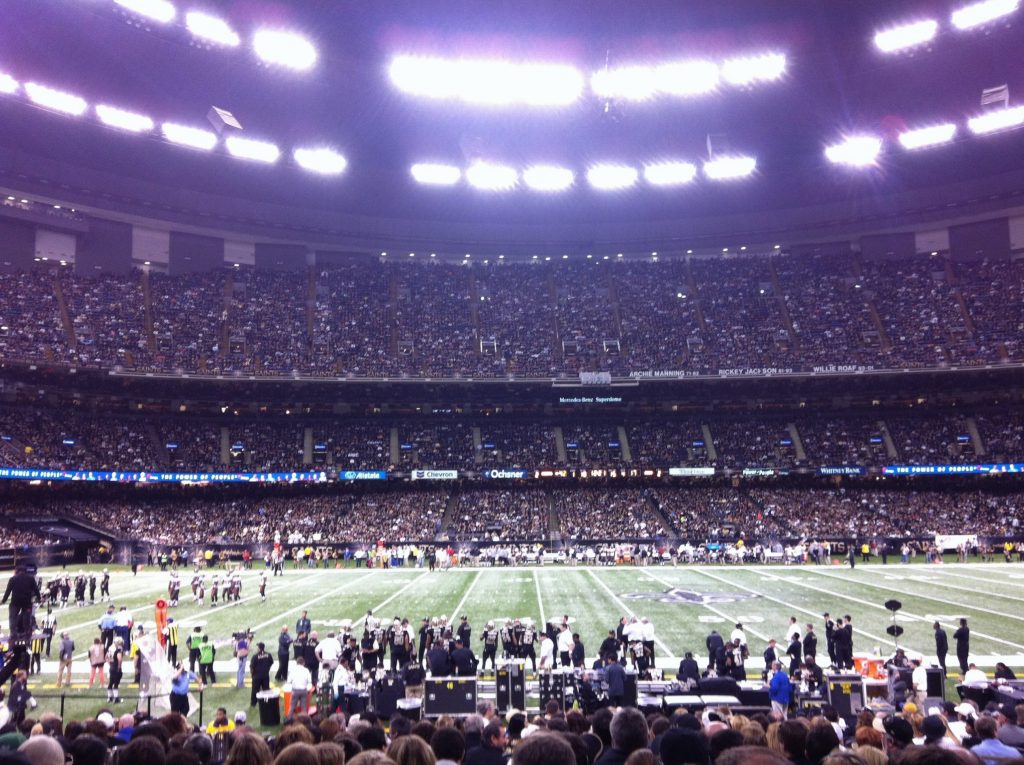 Putting on a festival at the New Orleans Superdome is a lot of work. One vital part of that work is to confirm that the insurance policy actually covers the activities and location of the festival.  Festival Productions, Inc. – New Orleans (“FPINO”) learned this lesson the costly and hard way.  The Louisiana Fourth Circuit Court of Appeal’s decision shows the gaping hole in FPINO’s coverage that was entirely avoidable.

In July 2005, Deborah Daniels slipped and fell on an unknown substance at the New Orleans Superdome when she was attending the Essence Festival. A year later, she filed a lawsuit in Orleans Parish alleging she suffered injuries from the fall, naming a host of defendants including FPINO, the producer of the festival, and its insurer, Maryland Casualty Company (“MCC”).

MCC did not believe that it was required to indemnify or defend FPINO in the suit and so it filed a motion for summary judgment against FPINO.  MCC argued that FPINO’s policy did not cover damages sustained by the plaintiff because the Superdome was not a designated premises covered under the policy.  FPINO filed a cross-claim against MCC and Essence, alleging that as an insured under the policy, MCC owed FPINO a defense and indemnity, and MCC refused to do so.

The district court agreed with MCC that its policy contained a designated premises endorsement that limited coverage to incidents occurring at New Orleans addresses 336 Camp Street and 938 Moss Street.  The site of the plaintiff’s accident, the Superdome, was located at 1500 Poydras Street in New Orleans, and therefore was not an insured location under the MCC policy. As a result, the trial court found that there was no concrete issue of material fact that no coverage is available for plaintiff’s damages under FPINO’s policy with MCC. The district court denied FPINO’s motion for summary judgment against MCC on the same grounds and FPINO appealed.

The Fourth Circuit Court of Appeals looked to Bonin v. Westport Ins. Corp., 930 So.2d 906 (La. 2006), for guidance on how to construe insurance policies.  In essence, the policy is a contract between the insurer and insured and should be evaluated under general contract principles.  The court should interpret the contract in a reasonable manner so as not to reach absurd conclusions.

In opposition, FPINO submitted to the court a document entitled “Certificate of Liability Insurance,” that read the following:

“This certificate is issued as a matter of information only and confers no rights upon the holder. This certificate does not amend, extend or alter the coverage afforded by the policies below.” See All Crane Rental of Georgia, Inc. v. Vincent, et al, 47 So.3d 1024 (La. Ct. App. 2010).

Further down, the certificate included language that said “additional coverages will apply for insureds doing work for 2005 Essence Festival only.” The problem was that FPINO never purchased the “additional coverages” to cover its work at Essence Fest and so it had no coverage for the accident at the Superdome.  The court concluded that the language in the policy expressly and unambiguously limited coverage for injuries only at the two designated locations, neither of which was the Superdome.

This case demonstrates how important it is to have an excellent lawyer advise you about the status and scope of your coverage before you start a project so you can avoid being solely responsible for costly litigation and judgments.