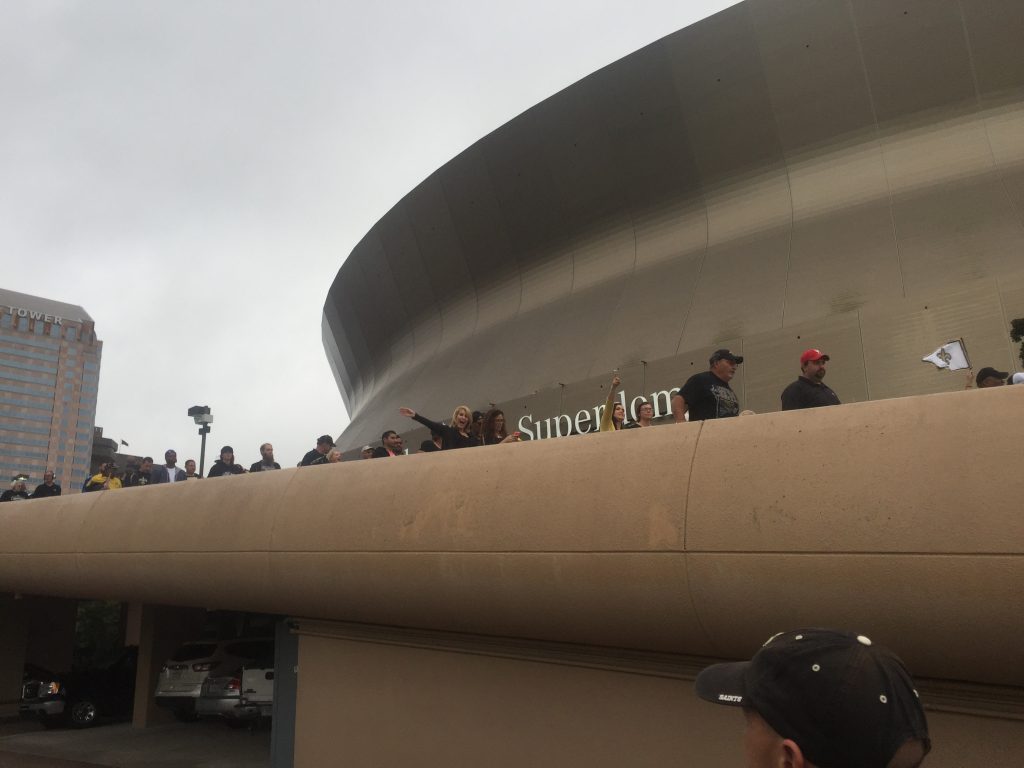 When a Louisiana resident is injured, she should consider filing a lawsuit against the person, group, or organization whose negligent or intentional acts were a proximate cause of the injury. However many potential plaintiffs do not realize that there may be several other persons and entities, not readily perceptible to the layman, who could be added as defendants and help ensure the plaintiff’s just compensation. Additional defendants can be extremely helpful when a plaintiff is going after substantial compensation because there will be more individuals to help pay out the sum should one or more parties be unable to pay a judgment due to bankruptcy or some other issue. Accordingly when Kenneth Truxillo was injured while attending pre-game festivities at Champions Square, the outdoor entertainment area bordering the Mercedes Benz Superdome, he did not just seek compensation from the owners of the Superdome but added several other defendants that he believed shared responsibility for his injuries.

According to Mr. Truxillo, while he was attending pre-game festivities at Champions Square before a home football game he was struck in the head by a large stucco column that had fallen over. He sustained several injuries and sought damages from several defendants, claiming that the stucco column that struck him created an unreasonably dangerous condition. The defendants included: The Louisiana Stadium and Exposition District, owners of the Superdome; SMG, the company that operates the Superdome and the property on which it is located; Mardi Gras Productions, the company that owned the stucco column that allegedly fell onto Mr. Truxillo; and Centerplate, a food and beverage service provider with whom Mardi Gras Productions contracted and provided the stucco column on the day of the alleged event.

In trial court, Mardi Gras Productions filed a motion for summary judgment, arguing that it was not liable for Mr. Truxillo’s injuries because it neither had custody, control, or garde over the area in which the stucco column struck Mr. Truxillo, nor over the column itself. Summary judgment is a ruling made by a judge in a court of law, and is granted only if the pleadings, depositions, answers to interrogatories, and admissions together with affidavits, if any, admitted for the purposes of the motion for summary judgment show that there is no genuine issue as to material fact and that the moving party is entitled to judgment as a matter of law.

The trial court granted Mardi Gras Productions’ motion for summary judgment, reasoning that although the company was the owner of the columns, it had no continuing custody or garde over the items while they were being rented out to Centerplate and therefore should not be a party to the case. See Louisiana Civil Code article 2317.  Mr. Truxillo appealed, asserting that the ruling was improper because there still existed genuine issues of material fact regarding whether Mardi Gras Production had custody or grade of the items transferred by it to Centerplate and whether Mardi Gras Production had any responsibility for the installation of set up of the stucco columns at the event.

In determining whether Mardi Gras Productions had custody or garde over the stucco column that allegedly injured Mr. Truxillo, the appellate court considered (1) whether Mardi Gras Productions had such a relationship to the column and Centerplate as to have the right of direction and control over the column; and (2) what, if any, kind of benefit Mardi Gras Productions derived from ownership of the stucco column. See Dupree v. City of New Orleans and SW&B of New Orleans, 1999-3651, (La. 8/31/00), 765 So.2d 1002. In order to resolve these issues, the appellate court examined the evidence gathered in the trial and found their answers in two depositions that were taken in preparation for the trial.

The first deposition was of a Mardi Gras Productions employee who was questioned about the terms used in the invoice to Centerplate for the rental of the stucco columns. During the deposition, the employee stated that the invoice explicitly included the term “installation.” This alone was enough to make the issue of custody or garde over the stucco column at the time of the alleged injury to Mr. Truxillo an issue of material fact.  Additionally the director of operations for the company that operates the Superdome stated in his deposition that Mardi Gras Production was known to “build an maintain structures and booths within Champions Square.

In light of the evidence, the appellate court reversed the granting of summary judgment to Mardi Gras Production because it found that there still existed genuine issues of material facts as to whether Mardi Gras Productions installed the stucco columns or merely delivered the columns to Centerplate. Therefore the case was sent back to the trial court for continued litigation against all parties.

While Mr. Truxillo was unlucky in the first place to be struck by the columns he at least was allowed to continue to assert claims against all the parties who might be involved in negligent conduct that caused his alleged injuries. This case demonstrates the need for a competent lawyer to ensure that no one gets out of a case too early without a full review of the facts.