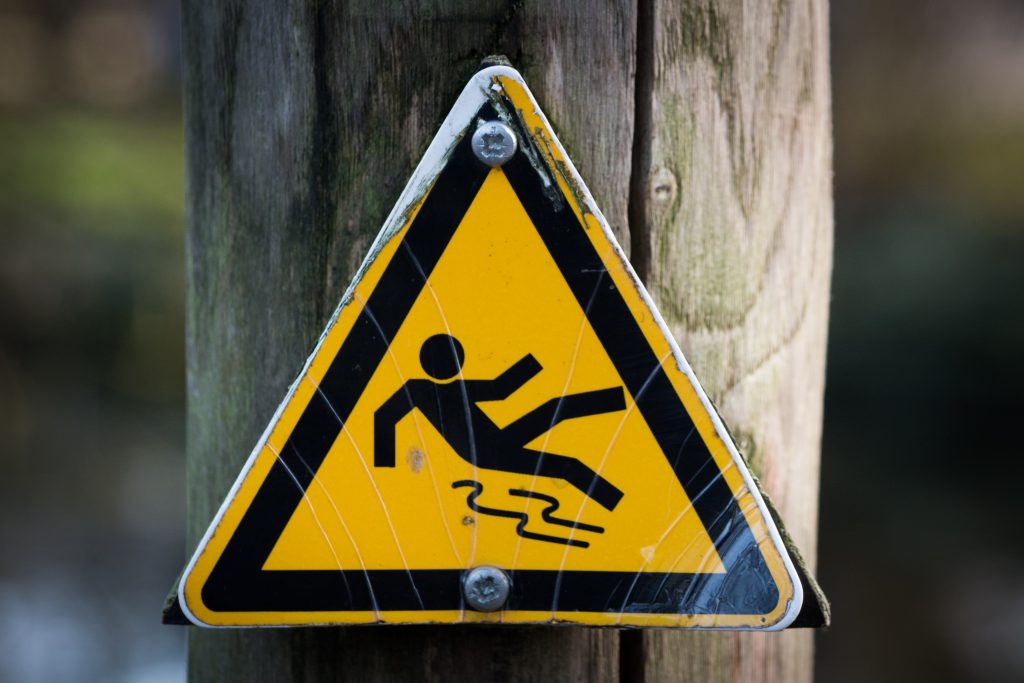 Slip and fall cases can have a bad reputation. You know the scenario: Person A slips while on Person B’s floor and sues Person B for everything he has. Oftentimes in this scenario, Person A barely got hurt and may have been able to take steps to have helped prevent the injury. While there are some cases like this that make us ask why people are even allowed to sue in this scenario, there are also cases where people get seriously injured and need to be made whole again. These cases also show that those who allow others onto their property or premises have different responsibilities to ensure that the conditions are reasonably safe. Maintaining these responsibilities is essential so that people can go to these places with the expectation that they can enjoy the premises without worrying if the conditions are hazardous. One example is a slip and fall case that was filed in the 22nd Judicial District Court in Washington Parish, Louisiana.

Grady Wayne Bryant was in a Popeye’s parking lot when he slipped on grease while stepping off the curb. He and his wife filed a lawsuit against the restaurant’s company, Premium Food Concepts, Inc. and its insurer, State Farm Fire and Casualty Company. The company denied the Bryant’s allegations and filed a motion for summary judgment, claiming that the Bryants could not show that Popeye’s created the grease that caused the accident or that Popeye’s had constructive knowledge of the grease. The District Court decided that the Bryants could not meet their burden of proof under the Louisiana Merchant Liability Statute and granted the motion for summary judgment. The Bryants appealed to the Court of Appeal for the First Circuit.

What is a motion for summary judgment? When a party files a motion for summary judgment, they are asking for the case to be decided as a matter of law, rather than on the merits. La. C.C.P. art. 966. The party that files the motion—called the mover—does not have to disprove all the elements of the other party’s claim. Instead, the mover just has to show that at least one element is factually weak. Then the non-moving party has the burden to show that the element actually has factual support. If the non-moving party cannot meet this burden, then there is no genuine issue of material fact and summary judgment is granted.

But what determines if a fact is material? It depends on the substantive, applicable law that has been applied to the case. For Popeye’s, the substantive law that was applied was the Louisiana Merchant Liability Statute, which says a merchant has a duty to use reasonable care to keep his or her premises in a reasonably safe condition. If someone sues the merchant, then that person has to prove the condition of the premises created an unreasonable, foreseeable risk of harm; the merchant either created or had constructive knowledge of the risky condition; and the merchant did not exercise reasonable care. La. R.S. 9:2800.6. In most cases, this law means that the merchant has a duty to keep the inside of the business hazard-free, but in Louisiana, this duty also extends to sidewalks and parking lots around the premises. Davis v. Cheema, Inc., 171 So. 3d 984 (La. Ct. App. 2015).

It would seem that because Popeye’s is a merchant and the slip and fall took place in the parking lot, Premium Food Concepts picked the right statute to be the applicable law. However, the Bryants did not claim that Popeye’s failed to keep its parking lot reasonably safe. Instead, they claimed that the dangerous condition was the pile of grease located in an unpaved area in between the parking lot and the zone beyond. This meant that the scope of their claim was not limited to the Louisiana Merchant Liability Statute. Because the motion for summary judgment stated that the Bryants could not satisfy their burden of proof under the Statute and did not list any other issues or applicable law, the Court of Appeals held that summary judgment was inappropriate and remanded the case for further proceedings.

Cases like this show that behind a simple slip and fall, there are real people who are injured and different laws that set up the levels of responsibility owed to ensure these injuries are prevented. Depending on the circumstances, a specific statute may or may not apply, which could determine whether a party gets past summary judgment. With the help of a good attorney, you can be aware of which laws apply to your claims and, like the Bryants, begin a path towards recovery (and the ability to enjoy Popeye’s again).