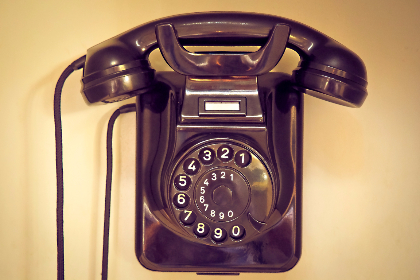 Trials are decided solely upon the evidence presented. A judge cannot read a book on the subject, or do extraneous research on the internet, to aid her decision-making process. In this case, the Defendant claimed that the judge did just that, by calling a city official to confirm some data. The appellate court thought otherwise. So, what do you do when you feel as if the Judge made a decision unfairly?

Plaintiff Vicke Mosley was driving down Mansfield Road in Shreveport when she was struck by Jacob Griffin’s vehicle at the intersection of Valley View. The crash rendered Mosley unconscious and he had to be hospitalized for three days. Mosley claimed Griffin ran the red light, while Griffin claims the light had turned green as he entered the intersection. Mosley filed a lawsuit against Griffin and his insurer.

Witness accounts depicted Mosley entering the intersection on a yellow light, and Griffin edging out into the intersection before his light turned green. Mosley’s attorney also entered a traffic signal inventory (“TSI”) into evidence, which logged the amount of time traffic signals stay certain colors. The only problem with the TSI was that it was from 2011, nearly 3 years before the accident. The Trial Court notified the attorneys for both parties that it would contact the city to confirm the TSI’s veracity. The plaintiff’s counsel was vocal in his support of this action, while defense counsel said nothing.

The Trial Court ruled for Mosley. Based on witness testimony, the TSI, and a conversation the court initiated with the city traffic engineer (“CTE”), it found that Griffin most likely ran the red light. Even if Griffin’s light had changed green, he was preempted by Mosley’s presence in the intersection and should have yielded right-of-way.

Defendants filed an appeal. They argued the Trial Court should not have made a ruling if it could not say who had the green light; it should have dismissed the case. Next, they argued that by calling the CTE, the court conducted an independent investigation and considered evidence not in the record.

The Louisiana Court of Appeal for the Second Circuit affirmed the Trial Court’s ruling. It reasoned, irrespective of the color of Griffin’s traffic signal, that Griffin had to yield to any vehicles already in the intersection. So long as Mosley was properly in the intersection at the time, i.e. she entered the intersection on a yellow light, then Griffin was obliged to let her through before proceeding. See La. R.S. 32:232.

The Court of Appeal was equally unpersuaded by Defendants’ second argument. Before ruling, the Trial Court advised the attorneys from both sides of its intention to call the CTE, to confirm the TSI from 2011 was still accurate. Neither party made any objection. Further, the CTE confirmed the contents of the TSI was still accurate. No new evidence came in, only a confirmation of data already on the record. The Court of Appeal concluded that if Defendants did not agree to the Trial Court’s contact with the CTE, they should have said so at trial. Outside of that, their only recourse would have been to request a new trial. See La. C.C.P. art. 1971.

Whether or not Griffin legitimately thought he was in the right, his decision to appeal was short-sighted for a few reasons. First, the law was not on his side, even if he did enter the intersection at the onset of the green light. Secondly, his argument that the court’s communication with the CTE was erroneous is unconvincing, considering his attorney said nothing when the Trial Court judge announced his intention to make the call. A good attorney will counsel their clients to avoid the added expense, or at the very least raise valid objections at the proper time. Failing to do so can be costly.