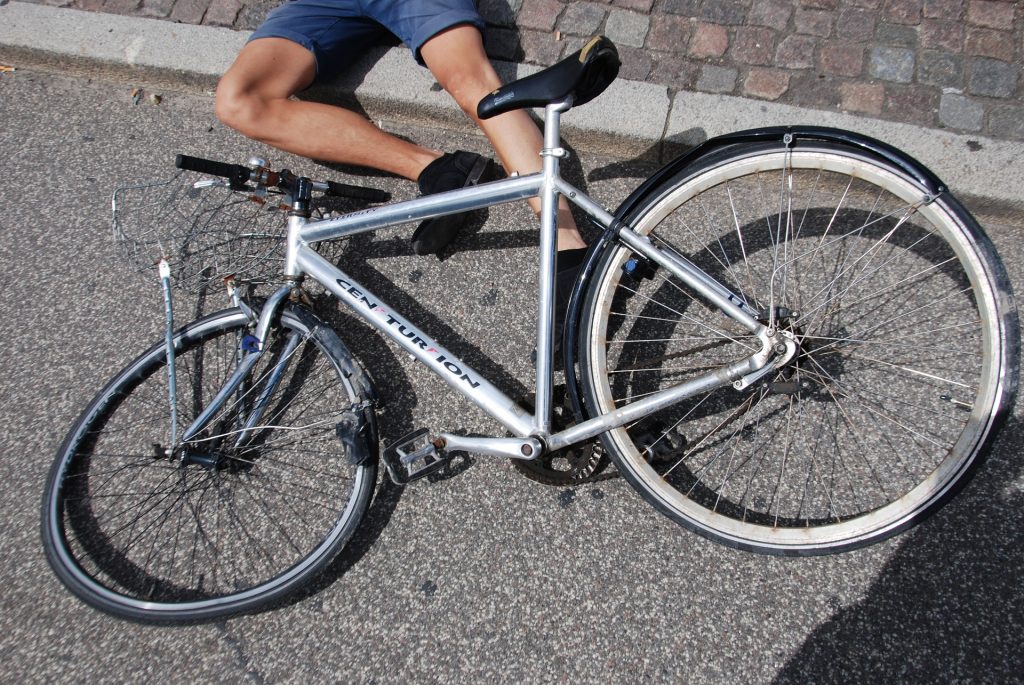 Cyclists must follow the rules of the road, not only for their own safety, but also because if an accident occurs the cyclist’s rule breaking could affect recovery. When a car hits a cyclist, the injured party can sue for negligence and recover damages as long as the other party was at fault. Outside of New Orleans, at the intersection of Jefferson Highway and North Causeway Boulevard, one cyclist failed to recover damages because he did not follow cycling rules.

On September 24, 2012, Felix Palmisano was biking west on Jefferson Highway at 9:45 PM. At that time, Walter J. Ohler was driving a truck south on Causeway Boulevard. At the intersection of these two roads, Jefferson Highway is six lanes wide while Causeway Boulevard merges into one lane. As Mr. Ohler approached the southbound redlight, the signal turned green so Mr. Ohler coasted through the intersection. Mr. Palmisano saw the oncoming truck, but thought he could cross one lane before the truck could cross six. His intuition was wrong, and he was hit, suffering injuries.

On September 20, 2013, Mr. Palmisano sued Mr. Ohler in the Twenty-Fourth Judicial District Court Parish of Jefferson, arguing that Mr. Ohler was at fault for causing the accident. The District Court ruled that Mr. Palmisano failed to prove this fault by the required “preponderance of the evidence,” which means there is a greater than 50% chance of it being true. Mr. Palmisano then appealed this decision to The Louisiana Fifth Circuit Court of Appeal, which focused on the fault and obligations of both the driver and the cyclist.

The basis for this tort action rests on La. C.C. art. 2315, which requires that the person whose fault caused an injury must be responsible for repairing it. In Louisiana, a motorist with a green light does not have to observe traffic that is not yet in the intersection, but must yield to traffic that was in the intersection when the light changed. Dale v. Carroll, 509 So.2d 770 (La. Ct. App. 1987). The District Court found that Mr. Palmisano was not yet in the intersection when the light turned green, meaning that Mr. Ohler did not have a duty to yield.

On appeal to the Fifth Circuit Court of Appeal, the Court determined which party had the greater fault, focusing on the negligent actions of the cyclist. For example, while Mr. Palmisano was wearing reflective gear at night, he failed to have a headlamp on his bicycle, which is against Louisiana law.  Mr. Palmisano also biked against the flow of traffic, violating a Jefferson Parish Ordinance, and was also biking on the side-walk, in breach of La. R.S.32:197(A). For these reasons, the Court of Appeal found that Mr. Palmisano increased the risk of getting hit and that his ultimate decision to try to beat the truck by crossing one lane instead of the truck’s six was negligent and “without the benefit of proper thought.” The Fifth Circuit determined that Mr. Ohler was not at fault for causing the accident and thus affirmed the District Court’s ruling.

Cycling on Louisiana streets can be a safe and fun activity if the rules of the road are followed. This does not only apply to motorists, but also cyclists themselves who need to equip their bikes with proper gear and avoid biking where they are not allowed. Otherwise, damages stemming from an accident with a car may not be recoverable due to the cyclist’s own negligence.