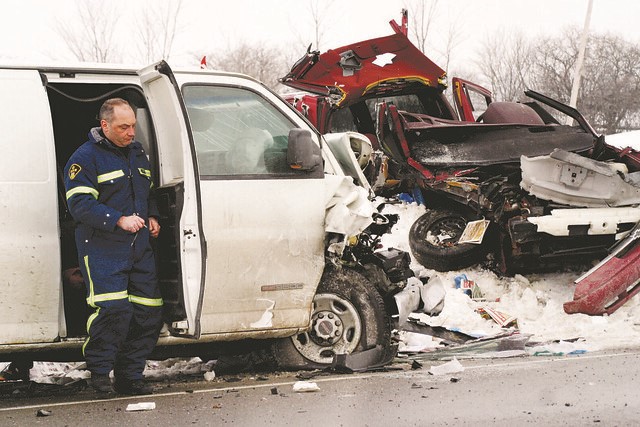 Determining liability in any car accident is frequently a challenging endeavor. This is especially true if one of the vehicles is owned by a city, but a state employee was driving the vehicle. In one such case involving the City of DeRidder, Louisiana, numerous questions arose about who was the liable party after a car accident resulted in multiple injuries.

Tatney first filed a lawsuit against the City of DeRidder, the sheriff of the Vernon Parish Detention Center, and the state employee driving the van at the time of the accident. He subsequently added the State of Louisiana into his claim. The City of DeRidder filed a motion for summary judgment, arguing that under the terms of the agreement, the state was liable for its employees’ negligent acts. Neither the state or Tatney opposed the motion for summary judgment. Thus, the trial court granted the motion.

Summary judgement is a judgment entered based on the legal merits of a case when there are no genuine issues of material fact.  The party that moves for summary judgment bears the burden of proof to establish the lack of factual support for an essential element of the adverse party’s claim or defense. La. C.C.P. art. 966(C)(2). Appellate courts can only review claims appealed from the trial court when there was evidence on the record of the claim. La. C.C.P. 2164.

On appeal to the Third Circuit Court of Appeal, the State of Louisiana argued that the City of DeRidder was liable and that the granting of summary judgment was inappropriate given the existence of genuine issues of material fact.  The State of Louisiana raised three points to support their argument. First, the City’s insurance policy covers any driver driving with the City’s permission. Second, the State argued that the City was liable based on the terms of their agreement, which established that the City was responsible for transporting Tatney. Third, the State pointed to the recent discovery of a property damage claim settlement between the City and the driver of the other vehicle involved in the automobile accident (a nonparty to the lawsuit).

In response, the City argued that Louisiana law establishes that a vehicle owner is not responsible for damages occurring while a third-party is driving. The City also argued that self-insurers, like in their case, are not required to provide “omnibus” coverage extending to third-party drivers. Further, the City argued that evidence their settlement with the non-party driver was not part of the record during the initial trial and therefore should not be considered on appeal.

The Third Circuit Court of Appeal found that the record was void of any evidence concerning the City’s alleged settlement of the nonparty’s property damage claim. Given this lack of evidence on the record during the trial, the appellate court declined to consider this claim.  In reviewing the agreement between the City and the State, the Court pointed to clear and explicit language in the contract that stated that the City was not liable for damage caused by a negligent State employee. Since it was undisputed that the City owned the vehicle, that the driver at the time of the accident was a State employee, and that the driver was alleged to have acted negligently, under the agreement’s terms the State was liable.

Given this plain reading of the agreement between the City and the State, the Court held that the trial court properly dismissed the claims against the City since the parties intended for the City to be held harmless for a State employee’s act of negligence.  Although in general establishing which party is liable for injuries sustained in a car crash can be a difficult endeavor, Tatney’s case shows that it is an essential part of obtaining the appropriate relief for resulting injuries.