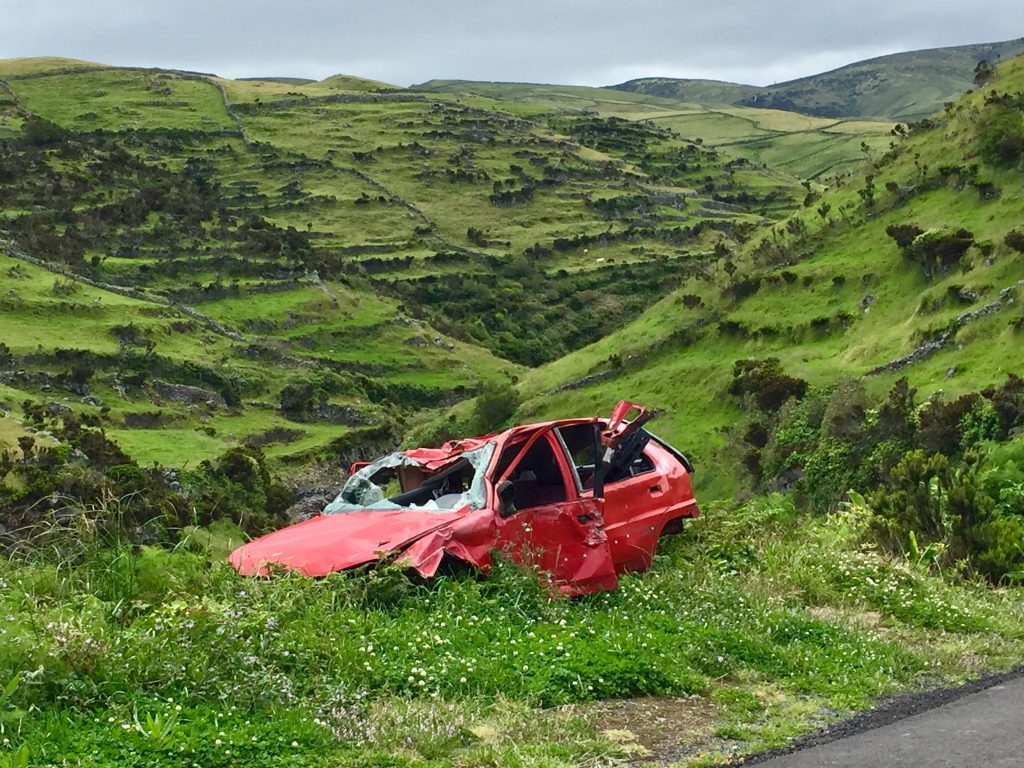 Car accidents are often difficult to sort out. Blame is not always easy to establish, and conflicting evidence is often prevalent. Good lawyers and judges are then called in to try to accurately present the evidence to a jury so that the jury can apportion blame to the proper parties. Such a seemingly confusing situation occurred in Baton Rouge, Louisiana when a Swiss tourist, Patrick Gisler,  was driving a rental car and collided with a car driven by Lance Boudreaux.

Brian Ross Richard, a passenger in Mr. Boudreaux’s car, was severely injured and subsequently brought a lawsuit for his injuries against both Mr. Gisler and Mr. Boudreaux and their insurers. The jury found that Mr. Boudreaux was 100% at fault and awarded damages based on that finding. Mr. Boudreaux’s insurer, USAA, appealed, arguing principally that the court erred in allowing a certain piece of evidence, and testimony about that evidence, into the trial. That piece of evidence challenged was a hand-drawn diagram by Mr. Boudreaux purporting to demonstrate his view of the accident. The Louisiana First Circuit Court of Appeal, however, did not find any error with regard to the admittance of that evidence and affirmed the trial court’s verdict.

This case centered around the two parties’ conflicting accounts of the accident. Mr. Boudreaux was exiting a parking lot and making a left turn onto Highland Road in Baton Rouge when he collided with Mr. Gisler who was already on that road and traveling in the opposite direction. Mr. Gisler had been merging into the left hand turning lane at the time of the accident. The vehicles collided head-on. Mr. Richard supported Mr. Boudreaux in arguing that Mr. Gisler was at fault for the accident. Both parties argued their case to the jury, who weighed the evidence and concluded that Mr. Boudreaux was 100% at fault for the collision. Part of the evidentiary display was a hand-drawn diagram created by Mr. Boudreaux during his deposition. The diagram was accompanied by a photograph of the location where the accident took place and was purported to show Mr. Boudreaux’s account of the collision. The diagram was admittedly not to scale, and Mr. Boudreaux testified as much at the trial. Nevertheless, following the verdict against Mr. Boudreaux and USAA, USAA appealed, with its principle argument centering around this diagram. USAA argued that the diagram was misleading and had no value. It argued that it should not have been admitted into evidence and only served to confuse the jury.  USAA argued that this confusing diagram was the only reason for the verdict, which it felt was inconsistent with the bulk of the evidence. Thus, USAA demanded a new trial or a judgment notwithstanding the verdict (JNOV).

The Court of Appeal, like the trial court, rejected both of these demands. First, the Court of Appeal rejected the notion that a new trial was warranted due to the admittance of the allegedly confusing diagram. A factual finding made by a jury based on admissible evidence will not be reversed unless it is clearly wrong or manifestly erroneous.” Ryan v. Case New Holland, Inc., 211 So.3d 611 (La. Ct. App. 2016).  In order for an appellate court to reverse a jury finding based on the admittance of evidence, the evidence must have been prejudicially erroneous to the point that the jury is tainted. Maldonado v. Kiewit Louisiana Co., 512 So.3d 909 (La Ct. App. 2014). The diagram evidence was not prejudicial. It was clearly explained to the jury that it was drawn by Mr. Boudreaux and was not to scale. He was extensively questioned by both parties about the diagram, and it was just one piece of evidence in a case with two conflicting accounts of the accident. The jury was well equipped to assess all the evidence and determine what pieces of evidence it found credible and what pieces it found to lack credibility. The Court of Appeal thus found that it was not erroneously admitted, and the jury finding was not prejudiced based on the evidence.

The Court of Appeal also rejected the request for a JNOV. USAA argued that the jury’s verdict went against the bulk of the evidence and was predicated on misleading evidence in the form of the diagram. It argued that the only explanation for the verdict was an unreasonable reliance on that diagram. A JNOV is only warranted when the facts and inferences point so strongly and overwhelmingly in favor of one party that the court believes that reasonable jurors could not arrive at a contrary verdict. Salama v. State, 211 So.3d 396 (La. Ct. App. 2017). Once again, the Court of Appeal pointed out that the diagram evidence was not confusing. Further, this was simply a case with contradicting arguments about the cause of the accident. Both parties presented their views and the jury chose the argument that it felt was more persuasive. Neither side had an overwhelming evidentiary advantage. Thus, the jury was properly able to decide which argument it felt was more supported by the overall evidence and testimony. Ruling that Mr. Boudreaux was completely at fault was not an unreasonable determinant based on the conflicting evidence. A JNOV was therefore unwarranted.

This case demonstrates how the Court of Appeal will defer to the finder of fact in assessing the evidence barring an obvious and overwhelming error in judgment. One piece of allegedly confusing evidence will usually not sway an appellate court to substitute its judgment with that of the fact-finder. Especially when that evidence is fully explained at trial. The jury and trial court are best suited to judge the evidence because they get to see the evidence first-hand and are able to see the demeanor and tone of the witnesses. The appellate court will thus defer unless something is seriously amiss and prejudices the case to the point that the verdict makes no sense. That was not the situation in this case.