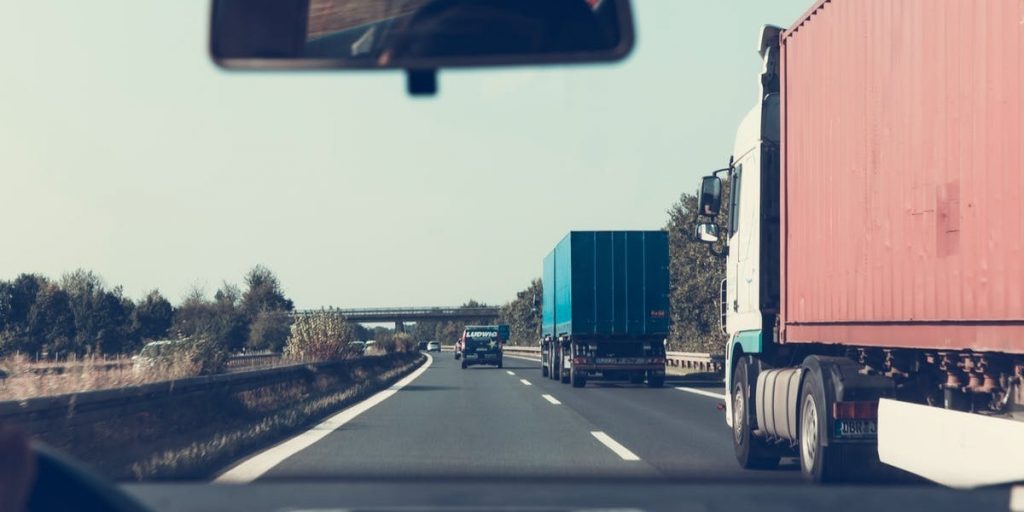 Most people are extra cautious when driving near an 18-wheeler truck, but accidents can happen in ways a person cannot always anticipate. That is what happened to Evelyn J. Menard in Baton Rouge in May of 2004, when an 18-wheeler in front of her snagged a wire above the road, which snapped and hit her car. Evelyn’s car went into a spin, and the truck did not stop. As a result, Evelyn had serious injuries to her lower back

Because neither the owner nor the operator of the truck were identified, Evelyn filed a lawsuit against several defendants associated with the wire, including the Parish of East Baton Rouge, communications companies, contracting companies, her insurance company, and the Louisiana Department of Transportation and Development. This is a strategy that is often used in personal injury cases, because in many cases, the fault for an accident cannot be attributed to a single party, and multiple parties can be liable for an injury. In these situations, plaintiffs join multiple defendants in a single suit, and the court will decide whether, based on the facts, the lawsuit should proceed or whether some of these defendants should be dismissed. In this case, the other defendants were dismissed, except for the Louisiana Department of Transportation and Development (“The Department”).

The appellate court sided with Evelyn and affirmed that the Department was 100% at fault, because the finding and allocation of fault is a question for the jury to decide on the facts. The appellate court underscored that the jury found fault because evidence presented showed that the wire was originally installed by the Department in 1967, the wire was in their custody, the wire was unused since 1976, and was known to have posed an unreasonable risk of harm to drivers because the wire sagged lower and lower over time. However, the Department said that they were not totally at fault because the 18-wheeler may have been taller than state regulations, according to La. R.S. 32:381. Because there was no evidence to show that the 18-wheeler was over the height limit, the court could not find that the jury erred when assigning 100% fault and affirmed the trial court’s decision. Because of this, the court also affirmed the trial court’s decision in denying the Department’s motion for JNOV.

The appellate court also affirmed the lower court’s decision to not allow a motion for the Department to amend pre-trial orders to add a liability expert as an expert witness. Under La. C.C.P. art. 1551, trial courts have discretion to give orders that limit issues at trial unless it would prevent “manifest injustice”. See Southern Casing of Louisiana, Inc. v. Houma Avionics, Inc., 809 So.2d 1040, 1055 (La. Ct. App. 2001). This means that a trial court can give orders to facilitate the “orderly disposition” of each case, and the appellate courts can only interfere if there would be substantial injustice to the parties. In both the pre-trial order and the amended pre-trial order, both parties, Evelyn and the Department, stipulated facts underlying the incident, and listed all proposed witnesses, including potential expert witnesses, that they might call upon during the trial. The parties also had a clause in the agreement that said additional expert witnesses would only be included by further written agreement or court order. The appellate court found that, because of these agreements, the trial court was well within its discretion to follow the agreements to ensure “orderly disposition” and that the Department had a lot of time to procure a liability expert but chose to enter into these agreements instead.

The appellate court further affirmed the lower court’s calculation of damages awarded to Evelyn, and said that the damages for loss of future wages are excluded from the $500,000 cap on general damages by government entities according to La. R.S. 13:5106, because of the difference between loss of future wages and loss of future earning capacity. The appellate court explained that loss of future earning capacity has to do with the capacity to earn, not based on economic losses, and are thus subject to the $500,000 cap on general damages, but loss of future wages can be calculated as economic loss and are thus, not subject to the cap. See Cooper v. Public Belt R.R., 886 So.2d 531, 538-39 (La. App. 2004). Because there was an expert witness in this case that testified that Evelyn’s employability and earnings were severely limited because of the accident, another expert witness who testifies that Evelyn would suffer future lost wages between $398,000 and $515,071, and the Department did not object to the jury instructions before the jury reached their verdict for $330,000 for future loss of wages, the appellate court upheld their decision.

In a personal injury case, your case often does not just end with a judgment in your favor. The opposing party can appeal the decision and ask the appellate court to review issues relating to the trial like expert witnesses, and damages. A good attorney understands these complicated appeal issues and advocate for you and the compensation you deserve if you are injured. Without an experienced attorney on your side, an appeal could reduce the damages you are due.