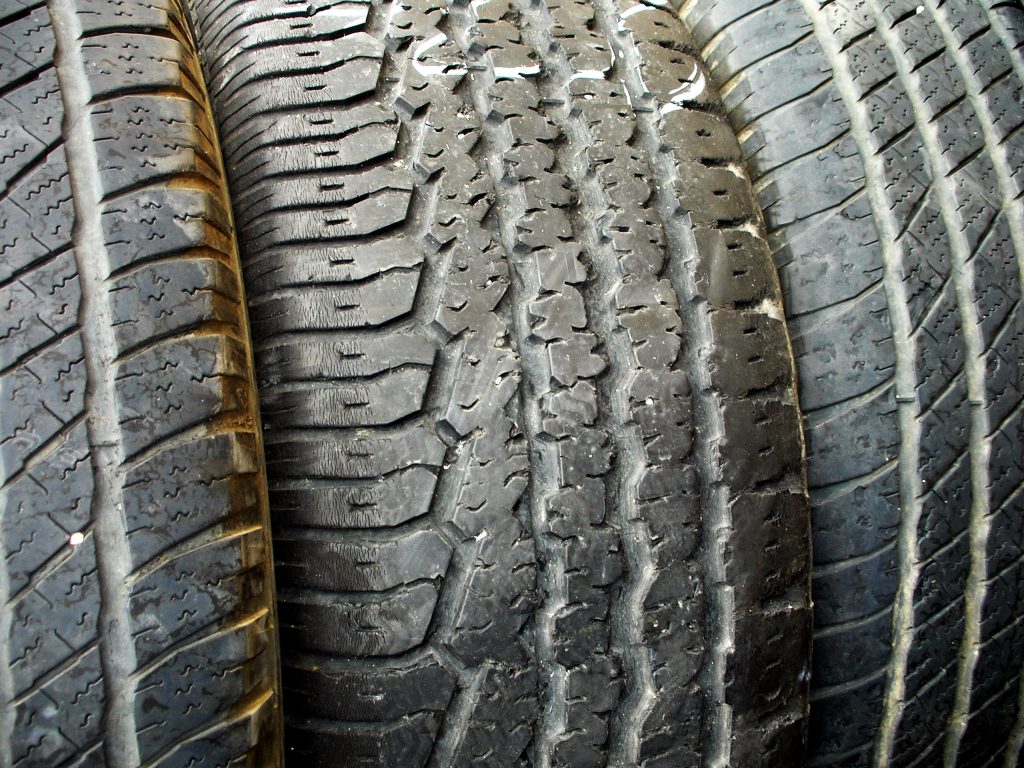 Caveat Emptor. This is a common consumer warning, more easily recognized in English as “Buyer Beware.” But what if a defective product wasn’t actually bought, but given away for free? Monroe resident Jason Falcon faced this issue. In April 2012, Falcon called several local tire stores looking for a new tire for his pickup truck. He spoke to the manager of Ink’s Firestone (“Firestone”) of Monroe, Emmett “Ink” Cobb, who said he had a tire meeting Falcon’s specifications in stock. However, when Falcon arrived at Firestone to purchase the tire, Cobb said he did not have a new tire in the correct size available. Instead, Cobb invited Falcon to select a used tire from one of the piles outside the store for free. Falcon declined Cobb’s offer to mount the tire for $8.00 because Falcon, a mechanic at a local car dealership, planned to do it himself.

A few days after he installed the used tire, Falcon and his fiancee were returning from a trip to Baton Rouge when the tread came off the replacement tire. The tread separation caused Falcon to lose control of his truck, ultimately steering the vehicle into the median where it flipped over, landing upright. Falcon wasn’t injured, but his fiancee sustained minor injuries. The truck, damaged significantly, was a total loss

The Second Circuit Court of Appeal agreed with the trial court’s finding that Falcon would have noticed if the tire was defective while mounting it, concluding that the tire must not have been defective. Therefore, the issues remaining on appeal were whether a sale occurred and whether Firestone was negligent. The Court of Appeal, noting that Falcon and Cobb did not designate a price for the used tire and that there was no evidence of a buyer-seller relationship between Falcon and Firestone, held that a legal sale did not occur according to La. C.C. art. 2439.

On the question of Firestone’s negligence, the Court applied the duty/risk analysis and its five elements of duty, breach, cause-in-fact causation, legal causation, and actual damages.  Lawrence v. Sanders. 169 So. 3d 790 (La. App. 2d Cir. 2015). In order to prove that Firestone was negligent, Falcon had to show that Firestone owed a duty to Falcon, that Firestone breached that duty, that this breach of duty was both the cause-in-fact and the legal cause of Falcon’s injuries and property damage, and that actual damages occurred. The Court focused on the element of duty, stating that just because a duty exists “does not mean that it extends to protect everyone against every risk all of the time.” Lejeune v. Rayne Branch Hospital, 556 So. 2d 559 (La. 1990); Montgomery v. Max Foote Construction Co., 621 So. 2d 90 (La. App. 2d Cir. 1993). Firestone did not owe a duty to Falcon because Cobb did not inspect the tire himself or make a sale. Further, the court reasoned, because Falcon is a mechanic he understood the obvious risk of installing a used tire on his truck. Thus, Firestone was not negligent.

Ultimately, the Court of Appeal affirmed the trial court’s ruling that the tire was not defective, that there was no sale between Firestone and Falcon, and that Firestone was not negligent. The Court’s decision came nearly four years after Falcon’s initial call to Cobb at Ink’s Firestone. This case illustrates the importance of retaining an excellent lawyer to handle torts cases, especially those involving the complex elements of negligence.