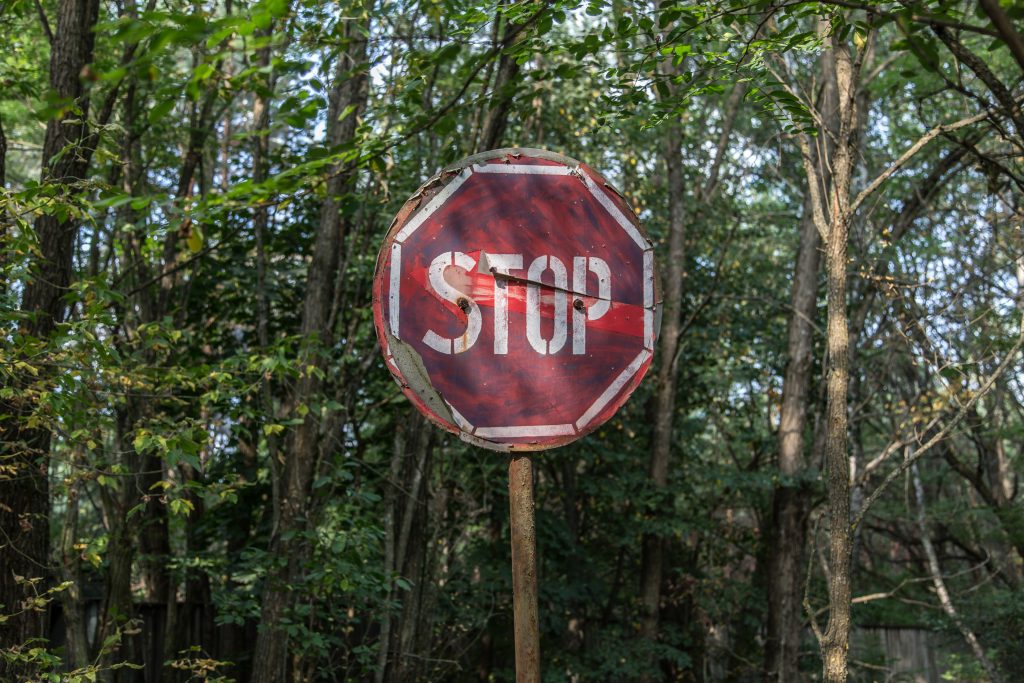 In the legal world, establishing fault and determining liability is not always easy. In some situations, it may seem clear who is responsible for recovery, but in other cases the situation can become much more difficult than it initially seemed. This issue was explored after an automobile accident in Acadia Parish.

In the morning of December 16, 2011, Ronnie Myers was driving through heavy fog and headed north on Charlene Road. He came to a “T” intersection where Charlene Road met Prudhomme Road (Louisiana Highway 95) but the intersection’s stop sign was twisted and down so that Myers could not see it. Myers was also unfamiliar with the road, and resultantly drove his car across Prudhomme Road and into a ditch, causing injuries to himself and damage to his vehicle. On December 11, 2012, Myers filed a lawsuit in Fifteenth Judicial District Court for the Parish of Acadia against the Acadia Parish Police Jury (APPJ) and the State of Louisiana through the Department of Transportation and Development (DOTD), wanting personal injury and property damages. He claimed that APPJ and DOTD were responsible for the improper state of the stop sign at the intersection.

Nearly three years after Myers’s accident, APPJ and DOTD filed motions for summary judgment, asking for judgment as a matter of law rather than on the merits. A hearing was held on January 12, 2015, and the District Court granted the motions, finding that APPJ did not have custody and control of the stop sign and was not notified of the sign’s defective state. While DOTD was responsible for the stop sign, the District Court held that it also did not have notice of the sign’s problem. Both DOTD and APPJ were dismissed from the lawsuit. Myers appealed.

In Louisiana, summary judgment may be granted if the admitted evidence shows that there is no genuine issue of material fact. La. C.C.P. art. 966. Material facts are those that are essential for recovery, necessary for a party’s success, or affect the outcome of the case. When there is any dispute or issue over material facts, then summary judgment is inappropriate and the trial must be determined on the merits. See Strickland v. Doyle, 899 So.2d 849 (La. Ct. App. 2005).

In order to determine if a fact is material, a Court of Appeal must consider the substantive law that applies the litigation. For Myers’s case, the Court of Appeal for the Third Circuit looked at Louisiana laws that applied to APPJ and DOTD and similar public entities. One law, La. C.C. art. 2317, states that public entities are not only responsible for damages to things within their custody and control caused by their own acts, but also for damages caused to those things by the acts of others. The law also states that the owner of the thing must have known or reasonably should have known of any defects or damages, or within exercise of reasonable care, could have prevented the damages and failed to do so.

Another law, La. R.S.9:2800, similarly establishes liability for public entities but states that they must have actual or constructive knowledge, which means that the facts of the situation infer knowledge, such as the defect being present for a time period long enough that it should have reasonably been discovered. See Hunter v. Lafayette Consol. Gov’t, 177 So.3d 815 (La. Ct. App. 2015).

On appeal to the Third Circuit Court of Appeal, Myers argued that the claims against APPJ should not have been dismissed. However, in its motion for summary judgment, APPJ submitted an affidavit from its Road Manager, Michael Schexnayder, which established that the stop sign in question was in the custody and control of DOTD. This was supported by DOTD’s Assistant District Administrator for Operations, Chris Lissard. Lissard’s affidavit also that there was no notice of the defective stop sign until after Myers’s accident. Yet, attached to the affidavit was a DOTD Work Request Report which reported that there was a “stop sign down” at the intersection.

DOTD also submitted a deposition from Jean Pierre Comeaux, a retired member of the Acadia Parish Sheriff’s Office, who investigated Myers’s accident. Comeaux testified that on the day of the accident, the stop sign was twisted around and facing Prudhomme Road instead of Charlene Road. He also testified that he had not known about the stop sign prior to Myers’s accident and would have reported it had he known about it.

To oppose DOTD’s motion, Myers submitted an affidavit of Kent Miller, a property owner who lived across the road from the scene of the accident. Miller testified that the stop sign was defective at the time of the accident and there were other accidents prior to Myers’ caused by the stop sign’s condition. DOTD objected to Miller’s affidavit, arguing that the description was no different from the affidavits and testimony offered by DOTD, failing to establish a genuine issue of material fact and establish that DOTD had notice.

The Court of Appeal held that although Miller’s affidavit showed that there may have been other accidents at the intersection in the past, there was no proof Miller personally observed the stop sign prior to Myers’ accident so that DOTD should reasonably have discovered it. Based on the evidence submitted by DOTD and Myers’s inability to provide facts or documents contradicting DOTD’s claims that it had no notice of the stop sign prior to the accident, the Court of Appeal held that DOTD did not have actual or constructive notice and the judgment of the District Court. Further, since Myers could not provide proof establishing that APPJ had responsibility for the stop sign, the Court of Appeal affirmed the granting of summary judgment for APPJ.

This case illustrates the complex rules for summary judgment and assigning fault. Unfortunately for Myers, he was unable to meet all of the elements necessary for getting recovery. With the help of an excellent attorney, these kinds of issues can be made from the beginning so that on the road to recovery, everyone is aware of where the stop signs are.