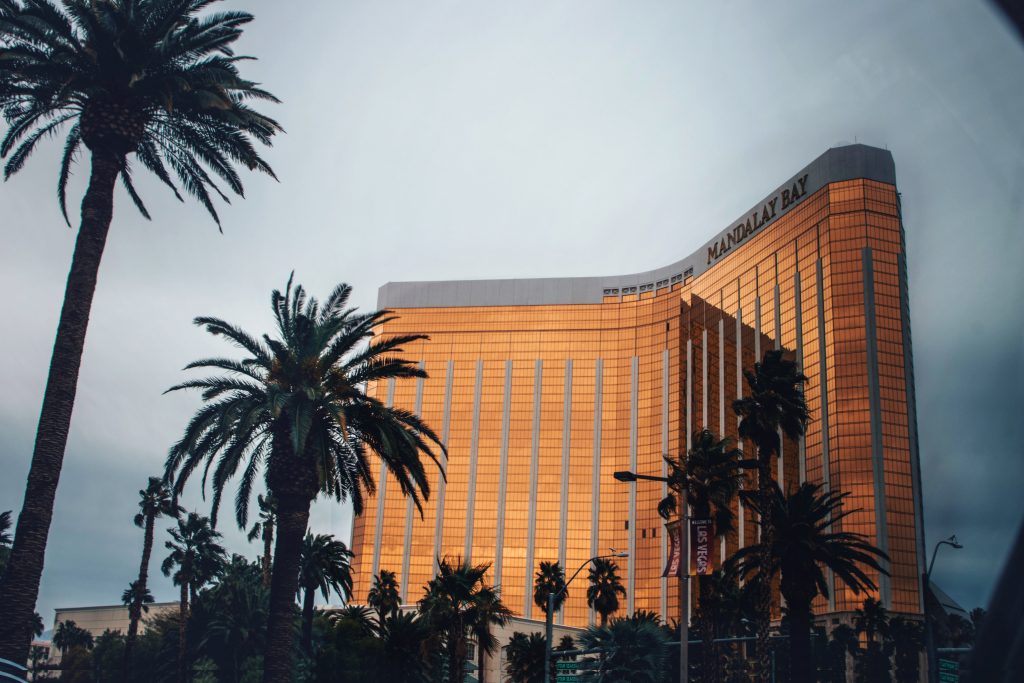 Ms. Sayre was a guest at the L’Auberge Casino Resort in Lake Charles when she tripped and fell while walking in front of the hotel restaurant. Based on the video footage of the accident, there were witnesses to the slip and fall; however, the hotel failed to document anything or take statements from any of the witnesses. Ms. Sayre reported a sticky substance on the floor, and subsequently suffered injuries to her knee, hand, neck, and abdomen. Later, Ms. Sayre learned she also had three fractured ribs and a full rotator cuff tear that would require surgery. So, what happens if you slip and fall in a restaurant?

Ms. Sayre filed a suit for negligence against the resort asserting that the clear, sticky substance caused her fall. She also stated that a restaurant employee told her three other people had fallen in the same spot. When Ms. Sayre attempted to find evidence of the accident, she couldn’t find any and never received an accident report from the resort. She later amended the petition asserting claims that the resort purposely failed to properly secure and preserve evidence to prevent people from bringing suit.

During trial, Ms. Sayre’s counsel requested that the court instruct the jury that failure to preserve evidence raises a presumption that the evidence would’ve been detrimental to the case absent a reasonable explanation. So, if the jury  finds that the defendant could have reasonably preserved the evidence and failed to do so without explanation, the jury can presume that the evidence wouldn’t favor the party. Ms. Sayre was informed by the court that they wouldn’t give the jury those instructions. Sayre’s counsel objected, the trial proceeded, and the jury returned a verdict in favor of the defendant. Ms. Sayre appealed the decision, claiming that the trial court erred by not giving the jury the instructions she requested.

Trial courts are given broad discretion when it concerns jury instructions, so an appellate court must exercise great restraint when reversing a jury verdict based on erroneous jury instructions. Additionally, as long as the instructions correctly state the substance of the law, the instructions won’t be reversed. See Nicholas v. Allstate Insurance Co., 765 So.2d 1017 (La. 2000). However, when a verdict is based on faulty instructions are tainted, that presumption no longer exists, and the verdict is tainted. In that case, the verdict will be set aside so the appellate court can review the record de novo and provide its own judgment based on the evidence. See Billiot v. Terebonne Parish Sheriff’s Office, 735 So.2d 17 (La. App. 1 Cir. 1999).

In this case, the resort had complete control over all the evidence, and actually had a procedure in place for documenting accidents, which they failed to do. This resulted in little to no evidence for Ms. Sayre to use to plead her case. In fact, the short clip of video evidence submitted to the court indicated that some of the video evidence may have been deleted. When a litigant fails to produce evidence without a reasonable explanation, the court presumes the evidence would’ve been unfavorable to that person’s case. See Salone v. Jefferson Parish Dept. of Water, 645 So.2d 747, 750 (La. App. Cir. 5 1994).

An adverse presumption is a sanction for spoliation, but it is also its own doctrine. Adverse presumption can be a remedy to restore footing for the party who is hurt by the missing evidence. The resort assumed the sole duty to gather and preserve evidence and also had the duty to potential litigants, and the breach of these duties entitles Ms. Sayre to the adverse presumption that the missing evidence would be unfavorable. Although the trial court didn’t have to use Ms. Sayre’s exact language in their instructions, their refusal to instruct the jury on adverse presumption was so grave that they deprived the jury of their obligation of fact-finding. Due to this, the Louisiana Court of Appeal vacated the judgment and reached their own verdict based on the record.

After a judgment is vacated, the appellate court may examine the record and decide the case on their own. In this case, the court analyzed the resort’s liability. To determine whether the resort is liable, Ms. Sayre had to show three things: (1) the condition of the floor presented an unreasonable risk of harm, (2) the resort either created or had actual or constructive knowledge of the condition prior to the fall, and (3) the resort failed to exercise reasonable care See La.  R.S. 9:2800.6(B).

The available evidence showed that seven witnesses assisted Ms. Sayre when she fell. The video also showed four people pointing to a spot on the floor, including the manager of the resort restaurant. The video also showed the restaurant manager crawling over the spot and rubbing it with her hand. Overall, the video corroborated Ms. Sayre’s testimony that there was a clear, sticky substance on the floor, showing that the condition of the floor presented an unreasonable risk of harm.

As far as constructive notice, Sayre testified that the restaurant hostess told her that she was the fourth person to fall in that same location. Although the hostess could not recall saying that to Ms. Sayre, she also did not refute that the conversation occurred. However, the resort did not call any witnesses to refute the claim and resort policy states that once an employee is made aware of an issue, then they must take all necessary steps to rectify the problem. The fact that the substance was still on the floor shows that the hotel failed to reasonably remedy the condition on the floor. The second and third elements of the claim are met, and Ms. Sayre is entitled to some sort of remedy, and Ms. Sayre was awarded $170,000.

This is an interesting case because it shows how important jury instructions can be to a case, as well as the possible remedies to spoliation. As a personal injury attorney, it’s important to know a business’s policies and procedures when it comes to slip and fall cases because it may help your client. In this case, the resort’s failure to preserve the evidence without explanation resulted in the trial court verdict being vacated.