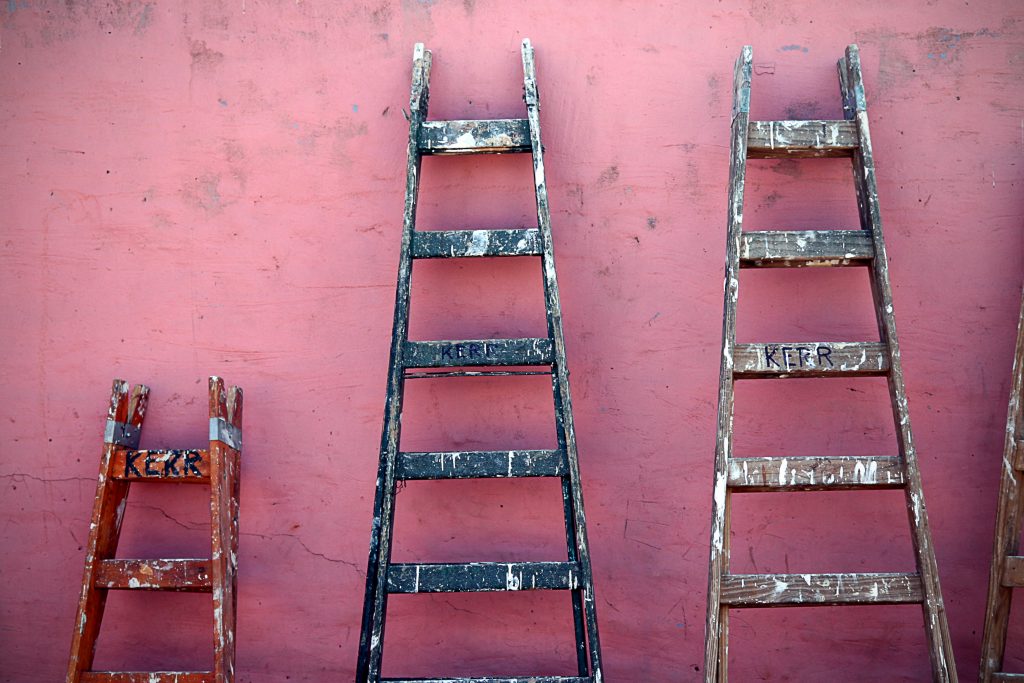 When you ask a friend for a favor, whether it is for a ride to the airport or for help cleaning up a room, you never expect that you will end up facing off against each other in a lawsuit. However, when you do end up in such an unfortunate situation, it is important to have a good lawyer on hand to ensure that the dispute is resolved in the quickest manner possible. Michael P. Cox found himself in just such a situation when his friend Laina Dutton offered to help him clean out the building of his recently closed business, Xtreme Nutrition, located in Baton Rouge, Louisiana. When Mr. Cox was out of the room, Ms. Dutton decided to climb a ladder and remove a banner that was hanging on the wall. The ladder was not in a secure location and Ms. Dutton fell backward off the ladder injuring her back and side. She sued Mr. Cox, Xtreme Nutrition, and Allstate Insurance, the insurer for Mr. Cox and Xtreme Nutrition. Ms. Dutton’s lawsuit for negligence was premised on the argument that Mr. Cox owed her a duty to erect the ladder safely, monitor and assist her in the use of the ladder, and warn her of any danger in using it. She argued that the ladder had been set up in a dangerous manner because it was not placed on a flat surface, that Mr. Cox did not warn her of this issue, and that he was at fault for her fall due to his inattentiveness. Ms. Dutton suffered injuries to her arm, back, and spine. For these injuries, she sought special and general damages.

However, the lawsuit never made it to trial. The Trial Court granted summary judgment in favor of the defendants and dismissed the case with prejudice. The Trial Court dismissed the case following pre-trial discovery based on its finding that there was a lack of evidence supporting a negligence claim and that Mr. Cox did not owe a duty to Ms. Dutton. Ms. Dutton appealed, arguing that the Trial Court erred in dismissing the case, but the Louisiana First Circuit Court of Appeal affirmed the dismissal. So, why was Mr. Cox not found negligent in Ms. Dutton’s fall?

The Trial Court based its dismissal on its view that Ms. Dutton could not produce enough evidence to support the negligence claim. This was because Ms. Dutton was not an employee of Xtreme Nutrition, and Mr. Cox did not pay her to help him clear out the newly closed offices. Further, Ms. Dutton climbed up on the ladder while Mr. Cox was in another room. He had not asked her to climb the ladder and probably did not even know she had gone up. Ms. Dutton even admitted that she had used the ladder before the fall without any problems and did not think the ladder was defective in any way. Because Ms. Dutton had not been instructed by Mr. Cox to go up the ladder, and there was no evidence that he had set up the ladder in a negligent manner, the Trial Court determined that there was no evidence to support a negligence lawsuit following discovery. Thus, the Court dismissed the case before heading to trial. From this decision Ms. Dutton appealed, arguing that the Trial Court erred in two major ways. First, she argued that the only reasonable explanation for the ladder fall was that it had been improperly set up by Mr. Cox. Additionally, since Mr. Cox had set up the ladder, he owed her a duty to properly set it up and he had failed in that duty when he allowed her to climb the ladder in such an unsafe condition. Second, Ms. Dutton argued that in his deposition testimony, Mr. Cox had admitted that he set up the ladder in a dangerous manner by placing one leg on a part of an adjacent desk and the other on the ground, leading to an imbalance that caused the fall. Ms. Dutton argued that these two points were genuine issues of material fact that should preclude a summary judgment dismissal.

The Court of Appeal agreed with the Trial Court that the case warranted dismissal. Under the Louisiana Code of Civil Procedure, summary judgment is a tool that can be used to dismiss a dispute when there is no factual support for the allegation. L.a. C.C.P. art. 966. Normally, the burden is on the party moving for dismissal, but where the burden at trial would be on the nonmoving party, the moving party can alert the court to the fact that there is a lack of “factual support for one or more elements essential to the adverse party’s claim, action, or defense.” L.a. C.C.P. art. 966. The adverse party then has to show that they have a factual basis for their action and, if they cannot show such a factual basis, then the case can properly be dismissed. The Court of Appeal examined the evidence and came to the same conclusion as the Trial Court, that Ms. Dutton did not have the requisite evidence to support her claim of negligence. First, Ms. Dutton’s claim that Mr. Cox admitted that he had not set up the ladder properly in his deposition testimony was not supported by that testimony when taken in its proper context. Mr. Cox did testify to reasons the ladder might have fallen, such as because it was set up improperly or in an imbalanced manner. However, he was simply answering a question about what “could have” happened, since he was not actually in the room and Ms. Dutton herself admitted that she went up on the ladder of her own accord. Thus, the Court of Appeal found that the Trial Court properly excluded “such speculative testimony.” Second, the Court of Appeal affirmed the Trial Court’s ruling that there was no duty owed by Mr. Cox to Ms. Dutton and she provided no evidence that he knew of, or was in a position to know of, any deficiencies in the setup of the ladder. In order to establish negligence, Louisiana courts apply a “duty-risk” analysis that examines whether the defendant owed any duties to the plaintiff and whether some conduct by the defendant caused the plaintiff’s injuries. Broussard v. Voorhies, 970 So.2d 1038 (La. Ct. App. 2007). There was no duty owed in this instance and no evidence to support the claim that Mr. Cox knew there was an issue with the ladder and that he should have alerted Ms. Dutton to that issue. There was no employer-employee relationship because Ms. Dutton simply offered to help Mr. Cox clean out his offices as a favor. She was not being paid and had never been paid by Mr. Cox as an employee. She went to the office and was cleaning without any orders from Mr. Cox. She admitted that she went up on the ladder when Mr. Cox was out of the room and, in the view of the court, was better situated to find any defects in the way the ladder was set up than Mr. Cox. She could have sought his help to hold the ladder or examine if it was balanced if she believed there was some problem. Instead, she went up on the ladder without checking to see that it was stable and fell. In fact, Ms. Dutton admitted in her deposition testimony that she had already used the ladder prior to this incident and had not noticed any issue or condition that would make the ladder dangerous. This admission was in direct contradiction to her claim that the only reasonable explanation for the fall was that Mr. Cox had set up the ladder in a dangerous manner. She was the last person to use the ladder and could have moved it herself. The Court of Appeal pointed out that this case tracked with other similar ladder fall cases where there was no duty and the injured party had climbed the ladder on their own before falling. See Lawrence v. Sanders, 169 So.3d 790 (La. Ct. App. 2015). Those cases also found no negligence.

In the eyes of the Court of Appeal, the Trial Court was completely in the right to dismiss the case with prejudice. Allowing this case to proceed would cause Mr. Cox time and money when there was a severe lack of evidence. The motion for summary judgment exists specifically for situations like this dispute. Ms. Dutton volunteered to help Mr. Cox clean up his former business location. She was not his employee and he was not her supervisor. He was not even in the room when she climbed the ladder and fell to the floor. Finally, there was no evidence that he set up the ladder in a dangerous manner. Thus, there was no evidence to support a negligence claim in any way.