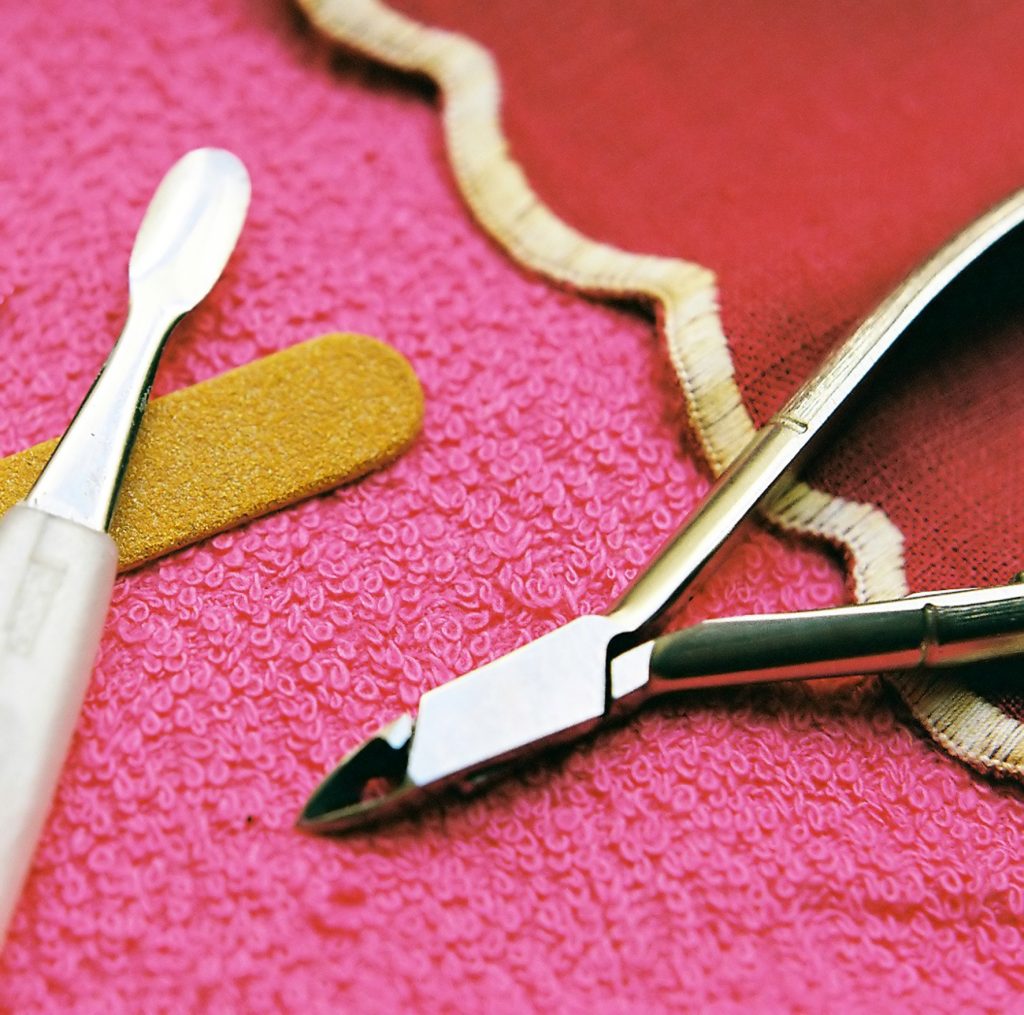 When going to the nail salon, the last thing anyone thinks about is falling and getting seriously injured. Slip and fall accidents happen all the time, and it is important to gather as much evidence as possible and retain a good personal injury attorney in order to build the best possible case for yourself. The courts do not look favorably on those who make a claim and have very little evidence to back it up, as Pamela Burnett (“Ms. Burnett”) discovered when trying to win damages from the Lucky Nails salon.

On August 20, 2012, Ms. Burnett went to the Lucky Nails salon in Baton Rouge, Louisiana to get a standard nail polish change. All was going well at the salon, but as she was walking toward the pedicure chairs after choosing a polish color, she slipped and hit her head on the foot rest of one of the chairs. Ms. Burnett filed a lawsuit against the nail salon and its insurer, State Farm Insurance Company. Ms. Burnett alleged that the nail salon was negligent in maintaining the property and the floor of the salon. The defendants filed a motion for summary judgment because Ms. Burnett could not prove that there was a foreign substance or hazardous condition on the floor, that the nail salon created or had actual or constructive notice of the hazard, and that the salon failed to exercise reasonable care. The Trial Court found the evidence did not demonstrate that there was anything obvious on the floor. Ms. Burnett testified that the floor felt slippery, but was unable to identify what kind of substance was on the floor. The Trial Court granted the defendants’ motion for summary judgment on September 9, 2014, and dismissed the suit with prejudice. Ms. Burnett appealed this decision to the Louisiana First Circuit Court of Appeal.

On appeal, the First Circuit addressed Ms. Burnett’s argument that the Trial Court failed to look at the most critical evidence of the case. This evidence was a video recording of Ms. Burnett’s fall at the nail salon. The Trial Court stated that they were unable to see the video, however, they had plenty of still photographs taken directly from the video recording. The photographs clearly depicted the floor of the salon and they showed no substance or liquid on the floor. The First Circuit was able to view the video but found that it did not matter that the Trial Court was unable to view it because it did not present any new conclusions to reverse the summary judgment decision.

In slip and fall claims, the plaintiff has the burden to prove that there was an existence of a hazardous substance or condition on the floor. See Samuels v. United Fire and Casualty Insurance Company. When making claims against merchants, the merchant liability statute also provides that the plaintiff must prove that the fall was due to a condition existing in or on the merchant’s premises and the condition created an unreasonable risk of harm. La. R.S. 9:2800.6(B)(1). The defendants presented a video to the First Circuit that showed that there was no liquid substance on the floor before Ms. Burnett fell. The Defendants also presented evidence from Ms. Burnett’s testimony where she stated that she was wearing 3 and 7/8 inch heels at the time of her fall and she didn’t notice anything unusual about the floor, except that it just felt slippery. Based on this evidence the First Circuit concluded that there was not enough to show there was an existence of a condition on the floor that created an unreasonable risk of harm.

The First Circuit then looked at Ms. Burnett’s evidence to see if a genuine issue for trial could be established. Ms. Burnett’s affidavits only contained conclusory statements about the condition of the floor and did not have any specific facts. Many of the things Ms. Burnett said were only based on speculation, and there was no factual evidence provided on her behalf. Based on everything presented on appeal, the appeals court concluded that Ms. Burnett failed to establish any proof or evidence to rebut the defendants’ evidence and the motion for summary judgment was affirmed.

Taking pictures and mental notes of your surroundings immediately after an accident may seem like an afterthought. It is commonplace after car accidents to take pictures of the damage to have a record of the accident later, but it can be just as crucial in the case of a slip and fall accident. Since the burden of proof rests with the injured party, they will need all the evidence that they can gather in order to prove their case. Aside from doing your own due diligence on the scene of the accident, hiring a good personal injury attorney is one of the best ways to obtain a favorable outcome.