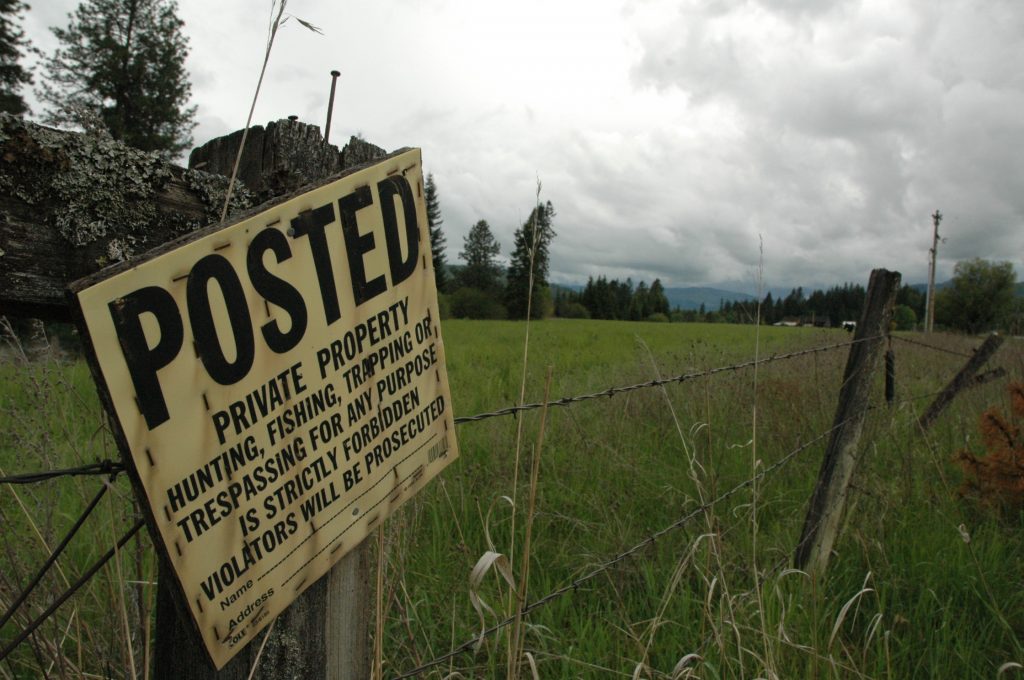 Property disputes can be complicated and confusing, so it is important to hire an excellent lawyer capable of untangling all of the issues involved in the case. Plaintiff Don Whitlock owns property in East Carroll Parish, Louisiana and brought a petition against Defendant Fifth Louisiana District Levee Board and its lessee, Jamie Isaac, seeking a preliminary and permanent injunction to prevent the defendants from trespassing on his property when they travelled across to access a hunting lease owned by the defendant Levee Board that is located west of Plaintiff’s property. Mr. Whitlock farms on the three lots of land at issue and alleged Issac caused damage as he crossed all three lots, creating ruts in the soil, damaging crops, and changing the flow of water. The defendants, however, argued that the land was conveyed to plaintiff’s ancestor with a public right of passage in the deed, and thus there could be no suit for trespass. The Trial Court agreed and with the defendants and held that there was no cause of action. It also held that since Mr. Whitlock was not the sole owner of the land (there were other owners on two of the three lots), he failed to join all the parties and further lacked the capacity to sue in a representative capacity for the other owners. Finally, it took a “strange” step in ruling on the merits of the preliminary injunctions despite the fact that it had sustained the exceptions raised by the defendants. It held that preliminary injunction could not be granted because Mr. Whitlock failed to show irreparable harm. Thus, the Trial Court dismissed the case. On appeal, Mr. Whitlock argued that the Trial Court’s rulings were improper.

The Louisiana Second Circuit Court of Appeal reversed the Trial Court’s dismissal of the case. The Court of Appeal found that the exceptions were improperly sustained and the Trial Court applied the wrong burden of proof in ruling on the preliminary injunction. Mr. Whitlock is the sole owner of Lot 3 and is an owner “indivision” of Lots 1 and 2. Whitlock’s ancestor had purchased all three lots in 1973 and the lots were burdened by a “right of way twenty feet wide across the lands . . . to serve as a road for the use of the public and which right of way shall hereafter be located by said vendee.” This public right of way eventually became a gravel road named Parish Gravel Road No. 1205 or 1285. It ran across the east side of the property, entirely located within lot 1. However, when defendant Issac became the lessee of the Swan Lake property owned by the defendant Levee Board, he began crossing Whitlock’s property in various places because the Swan Lake property was located directly behind lot 3. Whitlock alleged that he told Issac to stop and attempted to address the issues with the Levee Board because of the ruts being created as Isaac and his friends drove vehicles across the property, damaging his crops and changing the natural flow of water. Whitlock argued that Issac was not taking the shortest route across the property nor was he taking a route that would cause the least disruption. The Levee Board refused to take any action and Issac continued crossing against Whitlock’s wishes. Eventually, Whitlock filed a lawsuit seeking a preliminary and permanent injunction and damages for the loss of 2.2 acres of land that he could not use.

The Defendants asserted that the case should be dismissed because of the right of way included in the deed. Further, they alleged that Whitlock was not the sole owner of all of the property and thus, was required to join his co-owners in the lawsuit. The Trial Court agreed with these exceptions. It also looked at the merits of the preliminary injunctions and ruled that Whitlock could not meet the burden of proof of irreparable injury. The exceptions were sustained and the case was dismissed.

The Court of Appeal reversed. It began by finding that the Trial Court erred in sustaining the peremptory exception of no cause of action on the trespass claim. See Cleco Corp. v. Johnson, 795 So.2d 302 (La. 2001); see also Fink v. Bryant, 801 So.2d 346 (La. 2001). Whitlock argued that he owned one lot fully and parts of the other two lots and that he farmed all three lots. He argued that as a landowner contending that people were trespassing on his property he clearly stated a cause of action. The Trial Court, however, agreed with the Levee Board that the mere existence of the servitude in the deed proved that there was no cause of action. The Court of Appeal disagreed, stating that on a peremptory exception the question is whether a cause of action was sufficiently pled. Here, a landowner was disputing whether the servitude granting a right of way even existed. As a landowner alleging those crossings onto his land were trespasses, Whitlock pled a valid cause of action upon which relief could be granted – an injunction to prevent damage to his crops. Thus, the Trial Court was in error in granting the exception of no cause of action.

Second, the Court of Appeal found an error in sustaining the exception of nonjoinder of parties. Whitlock owns 365 acres consisting of all of lot 3 and portions of the other two lots. The Court of Appeal agreed with him that he was not required to join the other owners because Whitlock was simply enforcing his own rights to exclude trespassers on his property. He was not seeking to create a servitude or locate one on his property, which would impact the rights of the other owners. Rather, he was simply enforcing his own rights. Under Louisiana law, he had the right to protect his own property and did not need to join the other owners.

Finally, the Court of Appeal held that the denial of a preliminary injunction was an error because it applied the wrong burden of proof and seemed to misunderstand the relief that Whitlock was seeking. Whitlock was seeking a ruling that the Levee Board and its Lessee, Issac, were trespassing on his property, an injunction preventing them from doing so, and damages if they could be proved. Whitlock was arguing against the right of way that the Defendants had asserted. The Defendants could only argue that some type of right of way existed based on the deed, but could not prove exactly where and what property they could access. The Court of Appeal stated that the burden of proof was on the Defendants to establish that a right of way existed, that it was still in existence at this time, and the location of that right of way. These issues were left totally unresolved despite the fact that the Trial Court made a ruling dismissing the preliminary injunction request. Irreparable injury is not the standard of proof for a plaintiff in a trespass case. Whitlock met the burden of alleging that there was a trespass, that he was the owner of most of the property, has a right to defend that property, and was not asserting the claim on behalf of anyone else. Not only was it an error to dismiss the request for preliminary injunction, but he also provided enough evidence to be entitled to the requested injunction. Thus, the Court of Appeal granted the preliminary injunction and remanded the case for further proceedings.

This case is a perfect example of the complicated issues that arise in property dispute cases. An excellent attorney should be sought to assert your rights. Even a court can get confused in property dispute lawsuits and end up applying an improper standard of proof because it misunderstood the relief being sought. Only a very keen lawyer can adequately represent a plaintiff’s rights to the fullest capacity in such an instance.