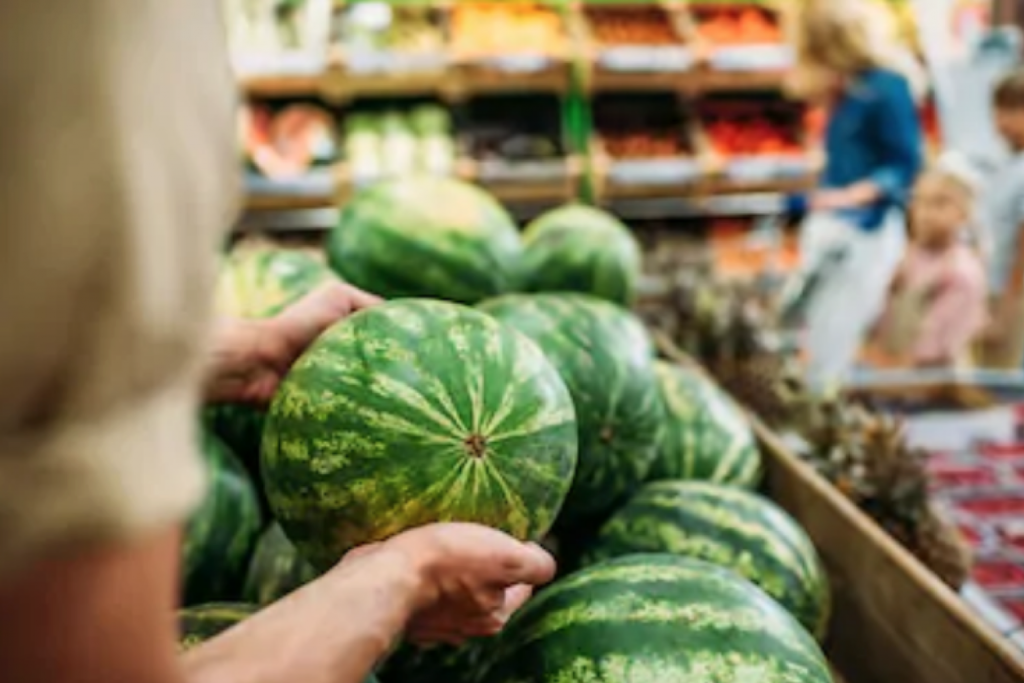 While running errands all day, to the cleaners and the grocery store, the last thing on one’s mind is getting hurt along the way. Proving fault for an injury can sometimes be more of a pain than the injury itself. Collecting evidence like pictures or eye witness reports is the last thing you want to do after suffering a fall, but to prove your case in court, it is necessary. Failure to do so can result in not only the pain from your injury but also the bill.

In Kenner, Louisiana, Mary Upton went to get groceries with her husband. She entered Rouse’s grocery store after seeing an advertisement for the sale of watermelons. She walked around the display to find a good watermelon. As she stepped over to pick one up, she unknowingly placed her foot into the pallet openings under the box. She turned to show her husband the watermelon she had picked, but he told her he did not want that watermelon. Mrs. Upton turned back to return the watermelon to the box and as she stepped away from the display, she twisted her foot within the pallet and fell.

Mrs. Upton sued for damages of her injury. Rouse’s, along with their insurer Liberty Mutual, motioned for summary judgment on the basis that Mrs. Upton did not meet her burden of proof or provide any evidence that the grocery store acted without reasonable care. The trial court granted the motion and Mrs. Upton appealed. The Court of Appeal affirmed the summary judgment, effectively ending Mrs. Upton’s case.

In this case, Mrs. Upton made several claims against the grocery store that proved to be inconsistent with the evidence she presented. She and her husband said there was watermelon juice on the floor that contributed to her fall, but photographs taken immediately after the fall showed nothing on the floor and Mrs. Upton admitted no juice got onto her clothes. Additionally, the Court relied on Primrose v. Wal-Mart Stores, Inc., 127 So. 3d 13 (La. Ct. App. 2013) where a woman tripped on the corner of a pallet, but there, the pallet was open and obvious and the store used caution warnings. Here, there were also caution warnings and the box covered the pallet, making it rather bizarre for Mrs. Upton to wedge her foot in the pallet underneath the box. Additionally, it was unforeseeable that this display was a danger to the public as it is custom in the industry to display boxes on the pallets they are shipped from and the store had no previous notice that it was an issue.

Whether Mrs. Upton believes that the grocery store was negligent in setting up this display to cause her injury, the case she made against them lacked the evidence and material facts to get her to a jury. It’s important to find good lawyers who can help you move your case along using material facts and evidence to support valid claims after your injury.