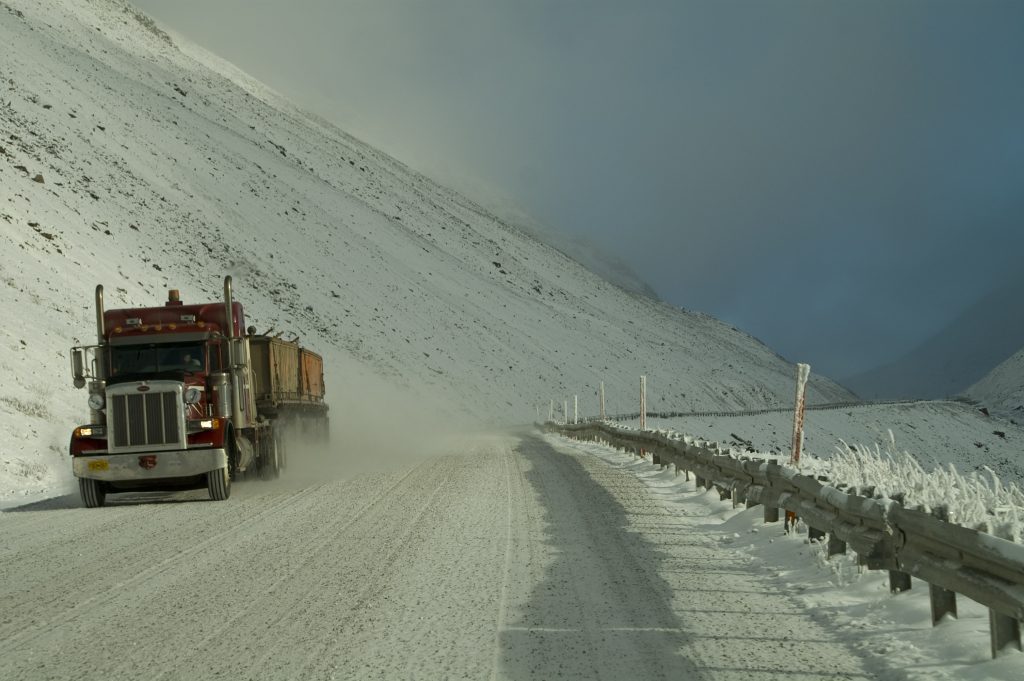 The viewing of a dead body can be traumatic for many people. If that viewing is caused by the negligence of another an excellent attorney may help you secure compensation for the emotional anguish experienced from that event. Shortly after midnight on February 4, 2011, Ronnie Rodd Davis was operating a tractor-trailer, owned by Superior Carriers, on eastbound Interstate 10 near the Atchafalaya Basin Bridge in Baton Rouge. Mr. Davis noticed that a collision had recently occurred in front of him and was able to stop before joining the other cars in the collision. Due to the abrupt stop to avoid the collision Mr. Davis’ tractor-trailer was rear-ended by another tractor-trailer operated by John V. Scott, and owned by Service Transport Company. The collision caused Mr. Davis’ tractor-trailer to move forward and strike a Ford F-150 pickup truck that was involved in the initial collision. Mr. Davis exited his tractor-trailer and upon exiting saw the deceased driver of that Ford F-150, Jonas T. Richmond, under or near Mr. Davis’ trailer axle.

Mr. Davis filed a lawsuit for damages and named John V. Scott, Service Transport, and Service Transport’s insurer, National Interstate Insurance Company (National Interstate), as defendants. The defendants filed a motion for partial summary judgment and sought to dismiss Mr. Davis’ claims of mental anguish and/or emotional distress due to Mr. Davis’ viewing of the deceased body of Mr. Richmond. After a hearing, the Trial Court granted the defendants’ motion for partial summary judgment. This dismissed any claims Mr. Davis had related to any alleged mental and/or emotional injuries.

Mr. Davis then filed a motion to designate the judgment as final so he could immediately appeal. The defendants opposed this motion. After a hearing, the Trial Court designated the judgment as final for purposes of immediate appeal and determined there was no just reason for delay. On appeal, the Appellate Court had both procedural problems and issues of causation regarding the accident. First, the Appellate Court dealt with the procedural issues created by the order of final judgment for purposes of immediate appeal. Only after the issue of whether the final judgment order was proper could the court consider the underlying factual issues of whether it was appropriate to grant summary judgment in favor of the defendants. The main issues were whether the issuing of a final judgment was proper, whether to convert the appeal to an application for a supervisory writ, and whether the Trial Court erred in granting Mr. Scott’s motion for partial summary judgment.

First, the Appellate Court dealt with the issue of a final judgment in this case. The Appellate Court recognized that in Louisiana a partial summary judgment may be immediately appealed during ongoing litigation only if it has properly been designated as a final judgment by the Trial Court. La. C.C.P. art. 1915(B). But, just because the Trial Court designates a partial summary judgment as final, that designation is not determinative of an Appellate Court’s jurisdiction. Van ex rel. White v. Davis, 808 So. 2d 478, 480 (La. Ct. App. 2001). To determine whether a judgment was properly designated as final, courts in Louisiana look towards four factors: First, the relationship between adjudicated and unadjudicated claims; second the possibility that the need for review might or might not be mooted by future developments in the Trial Court; third, the possibility that the reviewing court may have to consider the same issue a second time; and fourth, other factors such as delay, economic and solvency considerations, shortening the time of trial, frivolity of competing claims, expense, the like. Overall, the court will look at whether there is no just reason for the delay in making the decision final. R.J. Messinger, Inc. v. Rosenblum, 894 So. 2d 1113, 1121 (La. 2005).

The Appellate Court applied the R.J. Messinger factors and mainly focused on the second factor, noting that any claim made by Mr. Davis regarding mental anguish damages would be rendered moot if the trier of fact determined that there was no negligence by Mr. Scott. If an immediate appeal was allowed for the mental anguish before any allegation of negligence were determined, it would encourage multiple appeals and piecemeal litigation which would cause unnecessary delay in resolving the lawsuit. Because of this, the Appellate Court determined that the trial court erred in certifying the judgment as final for the purpose of an immediate appeal.

Next, the Appellate Court determined that while it was an error for the trial court to certify the judgment as final, it recognized that Louisiana Appellate Courts have the authority to convert an appeal to an application for supervisory writs and rule on the merits of that application. Stelluto v. Stelluto, 914 So. 2d 34, 39 (La. 2005). A supervisory writ is allowed because when a trial court is arguably incorrect, a reversal would terminate all or part of the litigation. Best Fishing v. Rancatore, 706 So. 2d 161, 166-167 (La. Ct. App. 1997).The Appellate Court determined that there were unresolved determinations of fact regarding mental anguish claims and if Mr. Davis’ lawsuit was dismissed under partial summary judgment the dismissal would prevent Mr. Davis from introducing evidence. The Appellate Court determined that it would be questionable whether Mr. Davis would have an adequate remedy on appeal after a trial of these issues, absent the grant of a new trial. The Appellate Court held that the interests of judicial economy and the interests of justice are best served by exercising the supervisory writ power and this appeal was converted into an application for supervisory review.

Once the Appellate Court determined it was appropriate to allow an application for a supervisory writ, the Appellate Court then had to decide whether it was appropriate to dismiss any claim regarding mental anguish. Louisiana law allows recovery of damages for mental anguish or emotional distress for individuals who view an event causing injury to another person, or who come upon the scene of the event soon after and suffer as a result of the other person’s injury. LA. C.C. art. 2315.6(A). Louisiana law further allows recovery for damages to individuals who were “active participants” in an event who experienced mental anguish or emotional distress from the viewing of an injury to a third person due to the negligence of another. Guillory v. Arceneaux, 587 So. 2d 694 (La. 1991).

When the Appellate Court looked at Mr. Davis’ claims it found that there was not a question that there were issues of fact that still needed to be determined and the Trial Court erred issuing of summary judgment in favor of the defendants. Specifically, the Appellate Court pointed to the Guillory guidance regarding “active participants” and determined that Mr. Davis fell into this category. Mr. Davis was rear-ended which caused his tractor-trailer to move forward and put Mr. Richardson’s deceased body under Mr. Davis’ tractor-trailer. The question of whether there was negligence by Mr. Scott would have to be determined by the Trial Court.