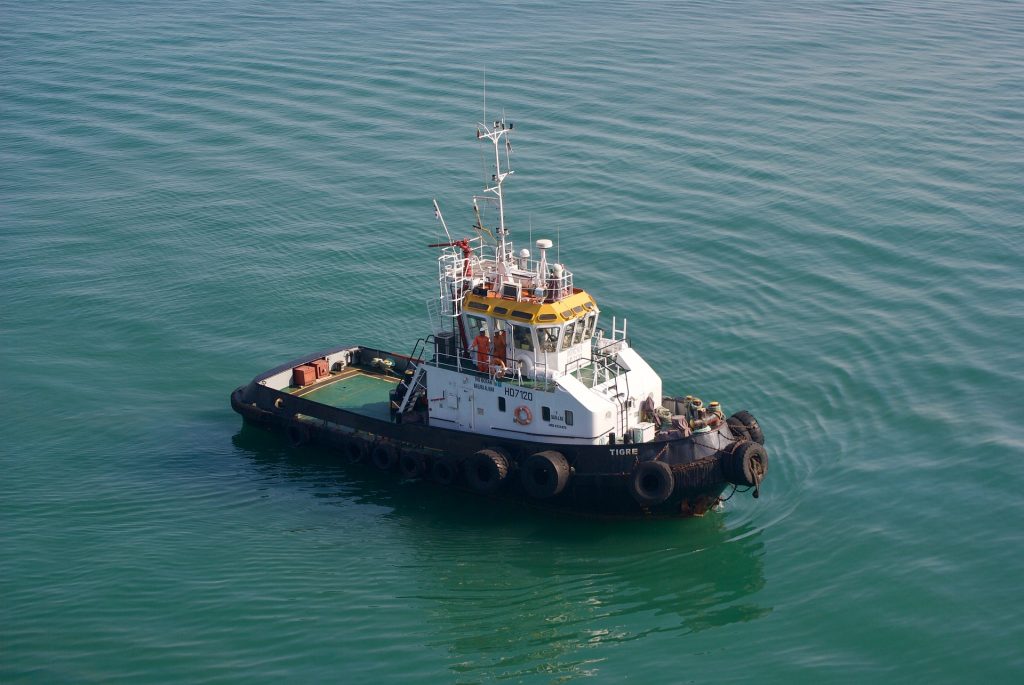 In the workplace, providing a safe environment through training, communication, and safety standards can help create an injury-free workplace. Yet, despite every precaution, accidents can still happen and then the situation becomes one of determining whose negligence caused the injury. This issue was explored in a maritime action filed on May 9, 2012 in the Twenty-Ninth Judicial District Court for the Parish of St. Charles.

On November 11, 2011, Jeffrey L. Soudelier, Jr. was aboard the towboat M/V Steven M. Bryan as its captain. The towboat was one of many vessels owned by the defendants: PBC Management, Inc., Florida Marine Transporters, Inc. and Florida Marine, LLC. On this day, Soudelier was instructed to move a big, steel-reinforced, cross-over hose from a barge to the towboat. The hose was heavier than it should have been due to material inside it that was supposed to be removed. Soudelier and four others were in the process of moving the hose when a painful pop in his hip forced him to stop. Soudelier tried to wait and see if the pain would go away but it did not and though he finished moving the hose, he was injured.

Soudelier filed a lawsuit against the defendants, seeking recovery and claiming unseaworthiness in accordance with the general maritime law, as well as a claim for maintenance and cure. He claimed that his injury required surgeries and caused permanent and disabling problems, and that the required heavy physical work caused even more trauma. Soudelier stated that the defendants’ boat was unseaworthy and defendants were negligent because they did not offer alternative ways to move the hose and failed to train workers about this safety issue.

Defendants filed a motion for partial summary judgment, arguing that Soudelier could not prove negligence under the Jones Act or unseaworthiness. The District Court granted the motion, finding that both the Accident and Injury Report and Soudelier’s testimony supported the defendants’ arguments. Soudelier appealed, claiming that the evidence showed he was injured because the hose had material that made it heavier than it reasonably should have been, and that Florida Marine did not provide adequate instructions showing a safe way to deal with heavy objects.

Summary judgment can only be granted if there is no triable issue of material fact. Facts are material if they can preclude or permit recovery, determine a litigant’s success, or help decide the outcome of the case. See Murphy v. L&L Marine Transp., 695 So.2d 1045 (La. Ct. App. 1997). When a court of appeal reviews a motion for summary judgment, it uses a de novo standard, meaning that it reviews the record and all reasonable conclusions that can be made from the record through a lens favorable to the party that did not make the motion. See Blanda v. Kathryn Rae Towing, Inc., 43 So.3d 355 (La. Ct. App. 2010).

The Jones Act allows seamen to bring a lawsuit when injured within the course of their employment, and are permitted to bring their claims to state court in accordance to the “Saving to Suitor” clause of the Judiciary Act of 1789 which allows state courts to have parallel jurisdiction with the federal district courts. See Sims v. Wood Towing Co., 757 So.2d 783 (La. Ct. App. 2000). Employers have a duty to make sure the workplace is reasonably safe and that ordinary care is used to keep the vessel reasonably safe. Employer’s can face liability for damages if they negligently caused the seaman’s injuries, with the seaman required to establish that the employer breached its duty of ordinary care. Conversely, the seaman must also act with ordinary care and if the employer can prove that the seaman’s own negligence caused the injury, then the seaman can be barred from recovery.

Louisiana’s standard for seaworthiness is “reasonable fitness,” meaning that a vessel is seaworthy when it is reasonably suitable for its intended use. Unseaworthiness can come up in a variety of ways, but one way is if there is when there is an unsafe work method. See Crane v. Diamond Offshore Drilling, Inc., 743 So.2d 780 (La. Ct. App. 1999). This cannot be any unsafe work method, though. Any negligent act that is personal or isolated does not render the vessel unseaworthy and so a plaintiff claiming unseaworthiness has to prove the breach of duty that made the vessel unseaworthy caused the injury, meaning that the unseaworthiness and injury were substantially connected.

The defendants used Soudelier’s deposition to argue that because he was the captain of the towboat, Soudelier was in charge of how the hose was moved and responsible for the boat’s safety procedures. The defendants also argued that none of the other men who moved the hose were injured, both the barge where the hose was located and the towboat were safe, and any unsafe conditions were caused by Soudelier’s own negligence.

Soudelier argued that moving the hose was not a normal task, and he had not done it before. The hose was 25 to 30 feet long with a 6-inch diameter was about 300 to 400 pounds in weight without anything inside. Mr. Soudelier claimed that because he was not trained for this task by the defendants, he mistakenly believed that it was safe to move the hose. It was not until after he lifted the hose that he realized that it had product inside, making it even heavier. He also stated that the hose’s condition was against policy because it is supposed to have product within it removed when it’s use is complete. For his last argument. Soudelier stated that the defendants did not implement a policy for lifting or carrying objects over forty-five pounds and because of this, he was injured.

The Court of Appeal for the Fifth Circuit reversed the judgment and remanded the case, holding that the summary judgment was inappropriate because the evidence did not show that no material issues concerning negligence and unseaworthiness were present. None of the evidence showed that the task in question was routine, that Soudelier was trained and was able to train his crew on how to lift the hose, and that the defendants should not have provided some mechanical method for the task.

This case illustrates how under the Jones Act and maritime laws, seamen like Soudelier can have a cause of action against employers for injuries on the job. While the best situation is one with no injuries at all, it is important and beneficial to understand the different standards for establishing fault and opposing summary judgment in order to get recovery for injuries caused by someone else’s negligence.