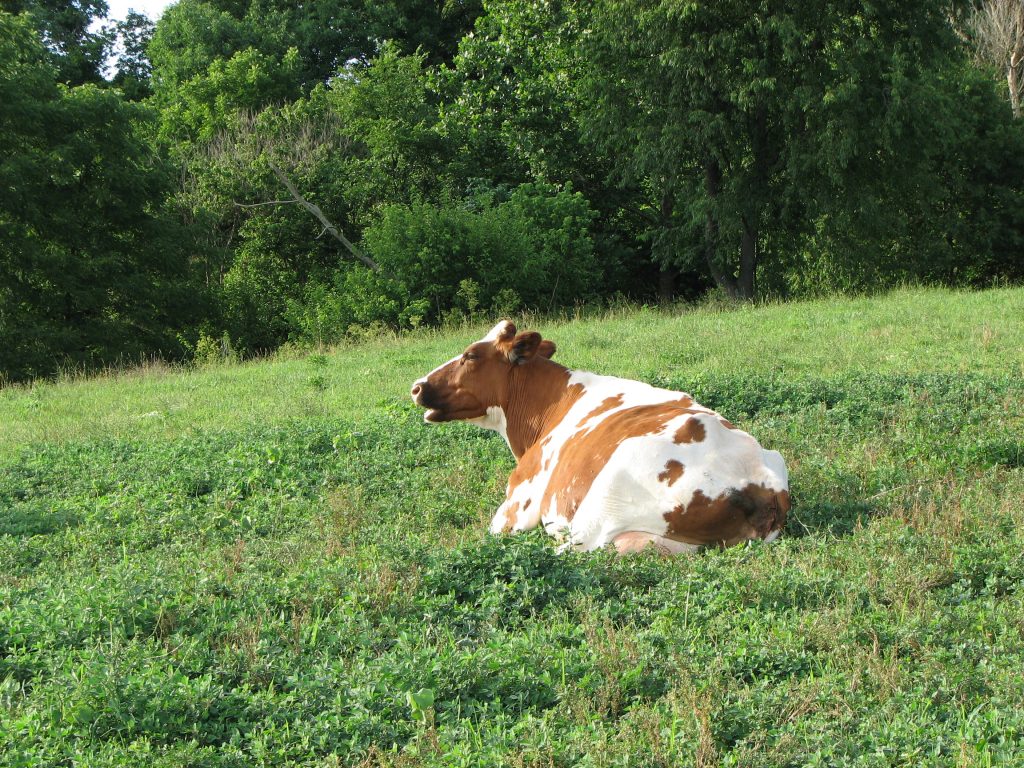 Families. While often a source of love and comfort, families can at times be the source of much conflict. Sometimes the death of a parent turns siblings against one another rather than binding them together.  Greed can cause people to fight over insignificant or even imaginary problems. Such was the case for a large Allen Parish sibling group when they engaged in a legal battle over cows following the death of their mother.  A battle that the Louisiana Third Circuit Court of Appeal refused to engage in.

The Martin family of Allen Parish, composed of six siblings, owned a plot of land indivision with one another (basically, each person owns the property equally). Sister Sheila grazed cattle on the land. The cows might have belonged to the siblings’ mother before she passed however Sheila claimed the cows were solely her property. There was no proof of ownership either way.  The family troubles began when sister Linda and her husband Carlos moved onto the property. Sisters Sheila and Amy alleged Linda and Carlos would purposefully leave gates open so the cattle could escape. In one unfortunate instance, a cow and the three baby calves she was pregnant died after allegedly escaping the pen due to Carlos’ activities. Sheila and Amy also claimed that Carlos stole several gates, purposefully left harmful food out for the cows, and blocked with his car portions of the property.

Sheila and Amy filed a lawsuit in the Judicial District Court for the Parish of Allen claiming damages for the lost cow and eventually sought to hold defendants in contempt of court for failure to move his car from the land.  The District Court denied the claim for damages and contempt but ordered the return of the stolen gates. An appeal was filed to the Louisiana Third Circuit Court of Appeal.

A court of appeal will overturn a lower court only if there is no reasonable factual basis for the lower court’s ruling and if the ruling is clearly wrong. See Mart v. Hill, 505 So.2d 1120 (La. 1987).  A trial court’s ruling on contempt will not be disturbed on appeal unless there was an abuse of discretion.  See Mill Creek Homeowners Ass’n, Inc. v. Manuel, 916 So.2d 271 (La. Ct. App. 2005). Co-owners of property held indivision are liable to one another for any damage to the shared property for which fault can be found.  See La. C.C. art. 799.

In regards to damages, the Court found that the District Court had insufficient proof that the defendants contributed to the death or loss of the cows. Sheila herself stated the cows could have died from eating plastic rather than at the hands of defendants.  There was further testimony that the cows might have died from starvation. The Third Circuit found that it was unclear who exactly owned the cows. Thus, the District Court’s findings were reasonable in light of the evidence since the District Court could not tell who, if anyone, caused the damage and who would be the proper recipient of any damage award.

Moreover, the Court found there was no abuse of discretion on the contempt ruling.  The request for contempt centered on Carlos’ placement of a car apparently where some gates were previously. Sheila and Amy requested that the District Court hold Carlos in contempt from placing the car where he did and perhaps blocking Sheila and Amy from portions of their property. The District Court found however that the car acted as a gate and kept animals from escaping, and that the car placement essentially caused no harm.  Given the wide range of discretion granted to a district court in the area of contempt, the Third Circuit could not find that the District Court abused that discretion and upheld the ruling of no contempt.

This lawsuit reads a bit like a daytime talk show. After reading the conflicting evidence and lack of proof that any sibling caused any real property damage to another, it is not hard to understand why the Third Circuit refused to involve itself in the dispute. A good lawyer knows that a great deal of evidence is required to win a case and will do what it take to gather that evidence for their client. Unfortunately for the Martin family, this lawsuit was just one more sticking point in their already challenging relationships.